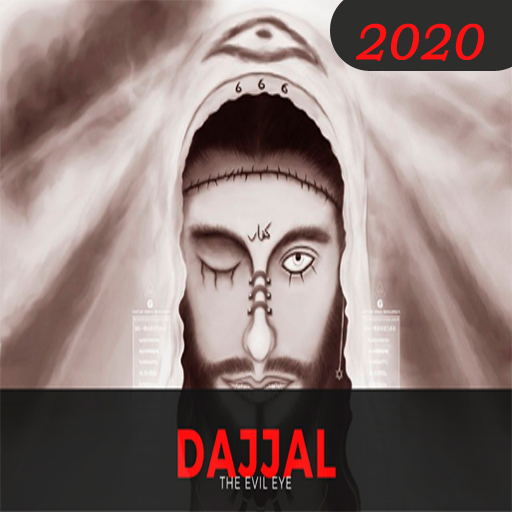 “dajjal kon kab kahan - dajjal book - dajjal” app is the best application to know about who is dajjal and what is dajjal planning.The Holy Prophet Muhammad (S.A.W) considered as the most knowledgeable person talked about a False Messiah that would come upon the world to misguide the guided and wreak havoc. Dubbed as the ‘Antichrist’, the False Messiah is known as Dajjal.

If you love reading islamic books in urdu then “dajjal kon kab kahan - dajjal book - dajjal” app is best for you, For every Muslim, the first and foremost believe in Islam is that there is no God but Allah Almighty and Prophet Muhammad (S.A.W) was his final messenger. After him, nobody else would come to guide the world towards the right path.

“dajjal kon kab kahan - dajjal book - dajjal” app is very good book to understand the fitnah of the Dajjal at the end of time, so that we can be aware of the slander of the Dajjal, and avoid all forms of deceit.

“dajjal kon kab kahan - dajjal book - dajjal” app about the fitna-e-dajjal in Urdu language and learn about the Final Day of world in the light of Islam.
Al-Masih ad-Dajjal is an evil figure in Islamic eschatology. He is to appear, pretending to be al-Masih (i.e. the Messiah), before Yawm al-Qiyamah.the bearer of the biggest fitnah (test) and there is no greatest test besides that.

“dajjal kon kab kahan - dajjal book - dajjal” App has a story of dajjal in urdu offline.This app explains the Quran and Hadith references when the Dajjal is to come and also supports the current situation. If you want to read this, this is a great app. all content is in simple urdu language and free for every one this is a best novel in urdu .every topic has reference of Quran and hadith.

“dajjal kon kab kahan - dajjal book - dajjal” app is an amazing book that has been designed for everyone who wants to know about Dajjal and day of judgement. The defeat of the Dajjal in Ahmadi eschatology is to occur by force of argument and by the warding off of its mischief through the very advent of the Messiah rather than through physical warfare,

The Dajjal is also known as 'Antichrist'; the one who is the enemy of Christ. The Bible also explains Dajjal as a deceiver and liar. The first letter of John 2:22 says; "Who is the liar but he who denies that Jesus is the Christ? This is the antichrist, who denies the Father and the Son." In the Second Letter of John, verse 7, it is written: "For many deceivers have gone out into the world, men who will not acknowledge the coming of Jesus Christ in the flesh; such a one is the deceiver and the antichrist." A few more references from the Bible clearly indicate that Jesus had warned people about the emergence and deception of the Antichrist.

Signs of the appearance of the Dajjal:
People will stop offering prayers
Dishonesty will be the way of life
Falsehood will prevail
Blood of innocents would be shed
The oppressed will be proud of their actions
The rulers will be corrupt and fools
Women will dress like men and men like women
Women will compete with men in doing business
Widespread of Adultery.
Sins will be committed openly
False testimony will be accepted.

When the Mahdi reappears, he will appoint Isa (Jesus) as his representative. Isa would attack him and catch him at the gate of Ludd(present days' 'Lod' near Tel Aviv) According to the narrations of Ali, when the Mahdi returns, he will lead the prayers and Isa will follow him. As soon as Dajjal sees Isa, Dajjal would melt like Lead.