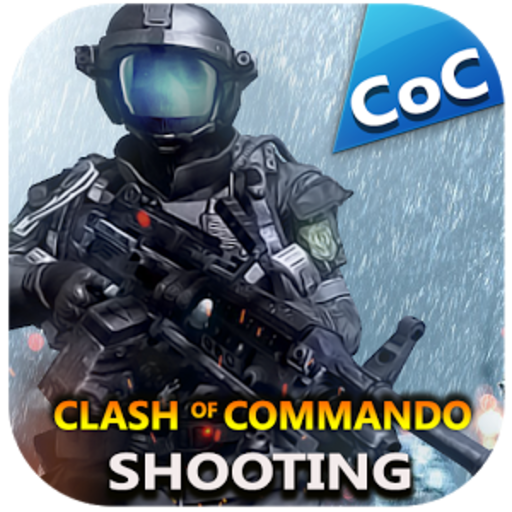 Military commando’s duty is to save the innocent people from these terrorists other gangsters and evil forces. For those who love military commando’s job of protecting the country and its citizens, we have developed a game Military Commando Shooter game in which you can take part as military Commando, secret agent for saving people’s life and with experience of bazooka unique.

An ultimate first-person shooter with advance multiple weapons and different battle zones is now on your smartphones. As a military commando, complete challenging missions strategically to clear the area from barbarous enemies. You are supposed to act as secret agent and kill all enemies with powerful and destructive guns. A complete military mission game which challenges you to act as a real military commando adventure mission that you never felt in any military game and have experience of bazooka unique. There are multiple levels in this real commando shooter game which are definitely not an easy to play. The graphics are very amazing and controls are very smooth the game will not slow surely.
Use your skills in shooting game to fight against terrorists. The counter-terrorist war against terrorism is not going to end until the last criminal remains in this Military Clash of Commando Shooting game. In this shooting game, we used latest sniper 3d guns. Military commando shooter games basically trained for quick survival games, action savaş oyunları against evil forces. As a secret agent, your secret mission is to hold the terrorist force and stop them doing the kill shot activities in this shooting game.

There is firepower in sniper and real commando shooter games waiting for you. You will be awarded for your success in the war game if you destroy enemy forces with the crazy shot. Defend yourself with support in the frontier assassin battle game. In the result of this, you will wipe out each with bazooka unique and every threat out of your country by acting as a military commando shooter with the brave heart. Terrorist Gun Shooting Game for real commando shooter game Lovers.