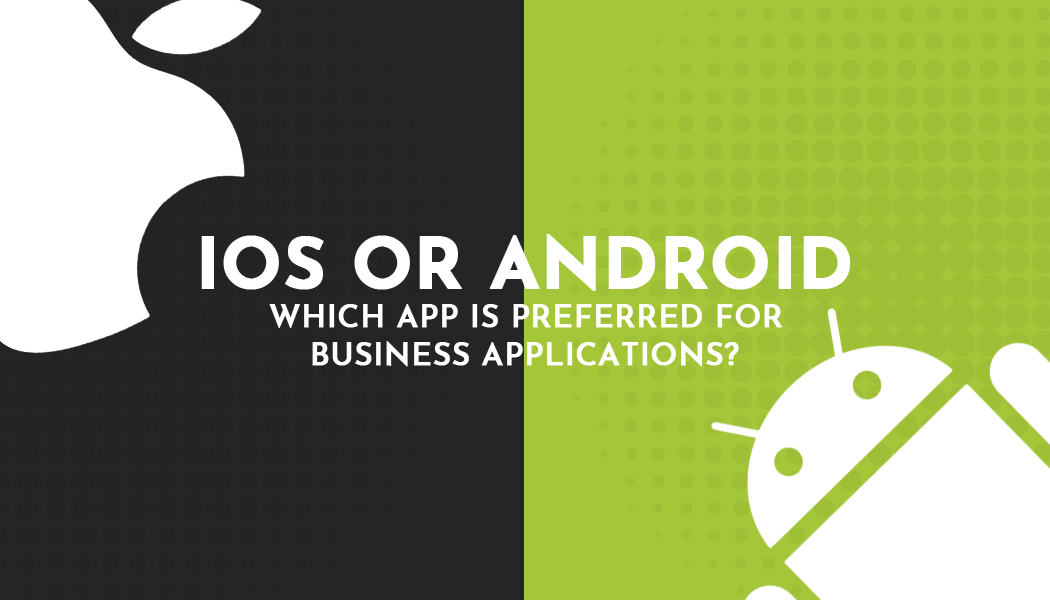 iOS OR Android: Which App Is Preferred for Business Applications?

iOS and Android are both dominating mobile platforms that are ruling the market across the world. Apple is one of the reputed companies ruling the world, Whereas, Android is introduced in 2008 and became the most widely used mobile OS than Apple.

It has always been a topic of discussion on which platform would be better for the business. When it comes to creating an app, you can choose between Android and iOS. It is a fact that both platforms have their share of pros and cons that make it easier to decide which one is more reliable and suited to your requirements. The usage of Android and iOS has increased tremendously, which has become quite challenging to decide. The increasing penetration of these platforms is due to popularity among end-users and evolving business needs.

Android is a software package for mobile devices such as tablet computers and smartphones and that used Linux-based operating systems. Google developed it in 2007 that makes it possible for Android users to download and install great applications for free. Android is a powerful operating system that supports a wide range of smartphone applications. These apps are more user-friendly and advanced.No wonder, there is a booming demand for Android app development in India and abroad. Businesses want to build a substantial presence on this platform so that they can connect with the vast user base out there.

Mobile operating systems like iOS used to run the popular iPhone, iPad, and devices. Systems like iOS put each application in their own protective layer that makes it impossible for viruses to infect apps on these operating systems. More than 2 million iOS apps are available for download from the Apple App Store, the most popular app store on any mobile device.

Here are the key features need to be considered while selecting the platform for business application.

Android OS is a widely used platform in the developing nation. On the other hand, iOS is typically used by people in developed countries, those have higher income, and people can spend more money on mobile apps. If you want to target both lower and upper-income group people, then you must go for android apps development for your business. You can hire android app developers to build a mobile application that provides a wide range of services to small and mid-range companies.

Both platforms develop applications while the iOS focus on revenue generation and the Android are free to use. Apple users have to pay some amount when they install new apps, but for android users, they get free apps from the Play Store.

Therefore, if your company is planning to launch business apps and wants to generate revenue from them, iOS should be your preferred platform. But if you want to reach a larger audience to sell for your apps, Android OS also provides you with a platform for free ads.

Marketing strategy plays a crucial role in the development of your new business apps. Most coders think that iOS Apps can be developed faster and easier to market than Android Apps because Android Apps take about 2-3 times longer to develop. But at the same moment, it takes a shorter time to approve your Android Apps, and Android enables their customers to update faster than iOS.

Android app, is the most common language used is Java, although Java for Android is a bit different. Another language adopted by Android platforms was C++, for which native experiences were also improved. Swift has been introduced as the official programming language of iOS. It is built for the primary purpose of helping developers to build mobile apps that run on Apple devices.

Although iOS apps are faster to develop, Apple has a strict lengthy publishing process. Android apps can be uploaded easily on the Google Play Store. Updates and modifications to the apps take longer on iOS as every change needs to go through the long and severe approval process.

Both platforms have their share of pros and cons while selecting a platform for business, which has become quite challenging to decide. While deciding some aspects need to be reviewed on both the Android and iOS platforms. It's essential to analyze both pros and cons, scope as well as the budget of these two platforms before investing the amount. 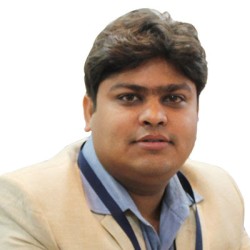 Nitin Garg is the CEO and cofounder of BR Softech - mobile app development company. Likes to share his opinions on IT industry via blogs. His interest is to write on the latest and advanced IT technologies which include IoT, VR & AR app development, web, and app development services. Along with this, he also offers consultancy services for RPA, Big Data and Cyber Security services.