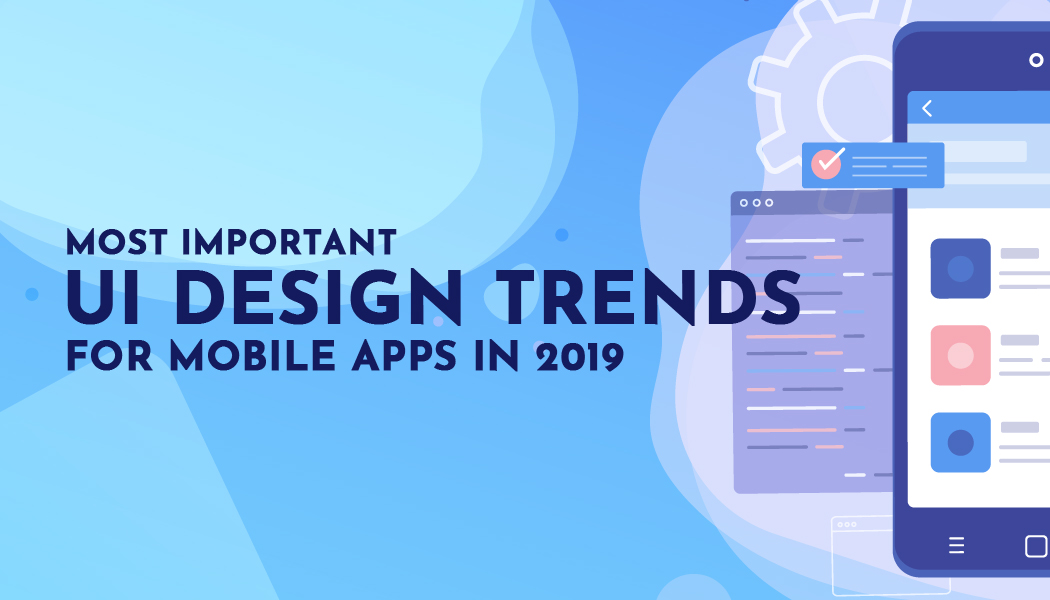 Most Important UI Design Trends for Mobile Apps in 2019

After all, it is the user interaction that matters most for any mobile app. In the whole picture of experiments with mobile apps, there can be no more prominent anecdote than the little UI innovations that continue to happen. Yes, with unique user interface (UI) elements, apps can always stay ahead of the competition by solving the user problems that others have not addressed.

The mobile app development company when building a mobile app, always has the brightest examples that almost emerge like limits of innovation and creative output. In every category and niche, some apps simply make others look backdated thanks to their UI innovations. The difference between the success and failure clearly shows up with some statistics that say a whopping 60% of apps are simply not downloaded at all, and among the rest 40% of apps, 21% of apps are used only once. One of the key reasons behind the lack of traction and user engagement is the under-performing user interface of mobile apps.

This is precisely why an app has no choice but to learn from the latest UI design trends and the way they engage their audience. Learning these trends is important not just for the sake of following the footsteps of the successful but also because of the opportunity to experiment with the UI elements that suit their apps. Let's explain the top UI design trends that mobile apps in 2019 should consider.

Users are already overexposed to digital content across various websites and apps. Naturally, users increasingly tend to be impatient and restless. This is why instead of content sometimes intuitive self-evident design elements work better to explain how the app works and what it does.

The animation is already a mission-critical part of the UI design process for many apps, and they are increasingly gaining importance. Functional animations are increasingly becoming the most important tools for design-centric communication that leaves no scope of confusion and indecision. By utilizing the symbolic images, fonts and visual storytelling, UI designers can aptly engage users.

When creating functional animation, the UI designers should make sure that the output is simple and thoroughly decent. The microelements that are coming together make on-screen look more interesting and intuitive also allows a lot of experiments. While experimenting with micro-elements, the UI designers must stick to the basic norms and established practices to avoid confusion.

Some UI design trends that emerged in 2019 have never actually been seen before. The app design without buttons is the latest UI design fad that proved to be effective for many apps.

The app UI with minimum interactive buttons and more intuitive elements to facilitate user interactions has become a successful trend now. For example, take the Instagram app. With almost no buttons, it offers crisp, minimalist and visually appealing look and feels.

A Combination of Visual and Voice UI

From voice search to voice commands for all on-screen actions, voice interactions have become the latest and most important value addition to the UI design trend in recent times. A smooth and lean combination of voice and visual interactions can actually allow greater convenience and ease for the users. At the same time, such experiments open up new vistas of UI design experiments for the developers and designers.

Full-screen images have been a mainstay in the web design for some time. Now, this UI design trend has penetrated the mobile app UI design with the same force and gusto. A large image taking up the entire screen makes a really eye-grabbing effect for the audience.

The used images must be contextual and user-centric to incite instant engagement. The use of appealing images easily makes way for a more refreshing look and feel of the app.

Opacity is the new subtle design element that took over the imagination of many UI designers. Opacity mixed with a tint of transparency can actually put design elements in a better and engaging perspective.

There are several ways to utilize opacity as an active design element. You can allow a user to set up varying degrees of transparency for the on-screen illustrations. The opacity can also be used for smoother logo design as well. Opacity is not an absolute lack of transparency in the context of the UI design. It actually boasts of experiments with different levels of transparency to make the foreground appear brighter and attention-grabbing.

Now that we have come full circle covering all the experiments with mobile UI design elements, the common design objectives remain apparently visible to all of us. The common design goals of most of these UI design trends seem to follow the same old principle of simplicity, ease, speed and conciseness. While design innovations are always welcome, they should always conform to these objectives.

Whatever UI design element you want to experiment with, it should not undermine the clean and clutter-free user interface. The UI design should also serve the important metrics of user experiment to ensure long-term success. Innovation should always go hand in hand with optimum user experience. 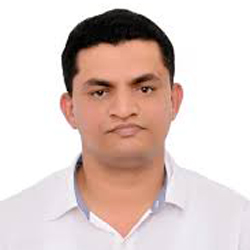 Juned Ghanchi specializes in marketing automation, lead generation, and marketing technology working as a CMO at IndianAppDevelopers, an IT company which offers mobile solutions from an experienced team of mobile app developers in India for iOS and Android platform.