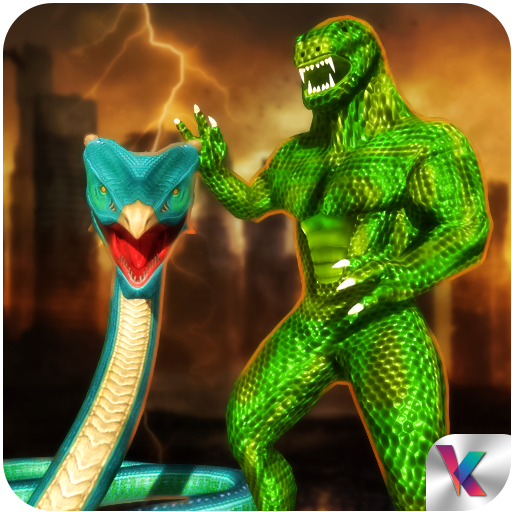 A new grand city survival war between Anaconda Snake hero in crime city against the mafia crime super gangsters, robots and monsters aliens. Anaconda superhero along with real anaconda snake (together with multi snake heroes) all the way from jungle to the city for the future grand battle. The devil mafia has taken over the city and is going to demolish everyone that comes in the way of their illegal actions. Survival city needs a crime avenger hero and for the first time in superhero battle games introducing an anaconda snake hero in the strange city battle and rescue missions with multi dead hero. In super hero battle games the companion real venomous snake is ready to attack & fight side by side as multi snake heroes in this Anaconda Snake Hero City Battle Survival.

Anaconda battle survival is a fascinating multi hero games which integrates classic RPG, strategy and adventure elements. The anaconda super hero crime city battle game brings you back to the dark reign of the alien, demons and robotic gangster thugs. The demon lord sealed for centuries has been summoned by some mysterious multi anaconda dead hero power. Driven by the fire of revenge and ambition to control the world, he has brought the world under his reign. With mission in heart and poison in teeth, you both have to save the world.

So get ready to become a part of crime battle and fight with really tough super powers with your super anaconda hero skills. React quickly on dangerous powers to win the city battle against the mafia and robot villains. Lead as captain and fight like a hero!!! Download Anaconda Snake Hero City Battle Survival and enjoy the ultimate venomous strange survival war as multi anaconda snake heroes.