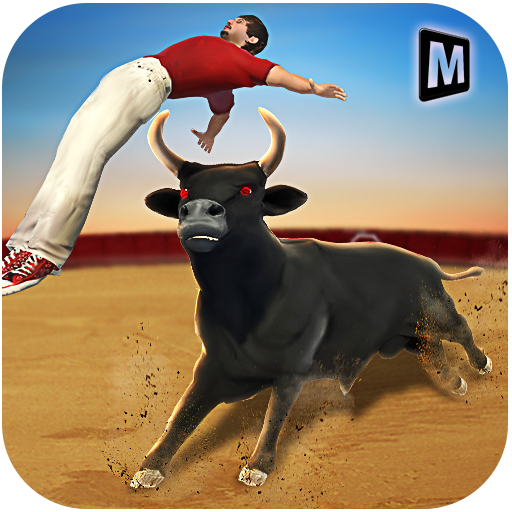 Welcome to Angry Bull Attack Simulator 3D 2019 action game where you play as crazy bull and attack torero matador for survival of your life. Wild bull simulator is about Public cheering the valor of the matador champion praising him for angry bull deadly attack skills. Bull fighting is very popular sports and and other countries like Ecuador, France and more. In bull simulator, Live life of the wild bull who is entered in the arena chase and hit people. In angry bull simulation, Show your rage and strength to the people that you are not some easy task to complete. With your might strength, furious speed and rage storm them down with your anger. Hit them break their bones with your special rage attack in bull simulator.

Angry Bull City Attack
Smash and attack as you feel the thrill of being a powerful beast! Run around the city from stadium for creating chaos in whole town in bull fighting games. As angry bull fight for your freedom furiously while people will chase you. Create as much destruction and damage as possible to achieve the ultimate goal in angry bull simulation game.

Fight for Survival
Start fighting for survival and hit with powerful horns in bull fighting games. With the best of bull games as well like rhino, horse, goat, lion, tiger, elephant and many others but this one of angry bull attack simulator 2019 is very exciting. Hit and attack on city using special animations of the angry bull. Jump and attack using special effects and animations. Every level of this bull simulator and simulation game has vast destruction modes. Download now and enjoy this addicting bull simulator.