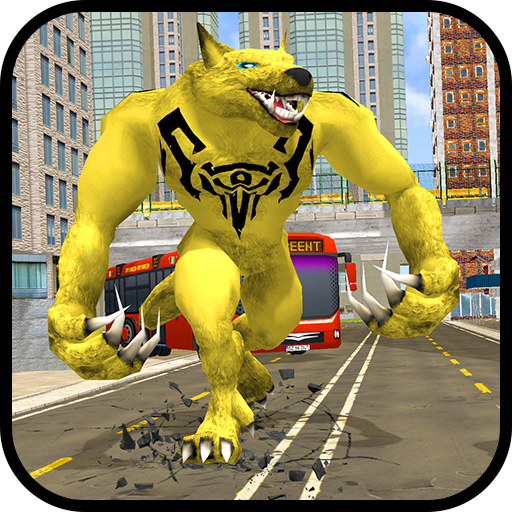 Have you ever imagined of being wild werewolf in your city who come to show his anger and want to destroy everything that come in his way. Now we give you chance to play as annoyed werewolf turn toward your city to show his rage in Angry Werewolf City Rampage 2018. Everyone want survival from this huge werewolf which is shown near impossible or stop the destruction made by the beast creature. So be ready to experience wilderness of most powerful werewolf simulator.

The game is not ended only at the rampage of angry werewolf but also contain real fight between the werewolf beast, futuristic robots and vice city gangsters. The epic fight begins when these evil gangsters and robot as their companion see the city is altogether surrounded by the demolition of an angry wolf who want to demolish the city. This is the most realistic rampage ever you imagine before this in Angry Werewolf City Rampage 2018.