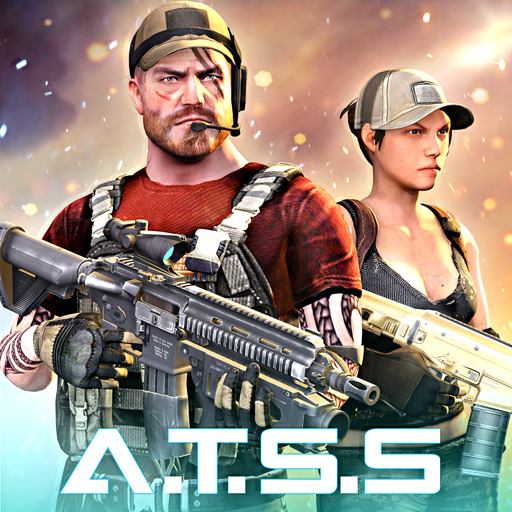 ATSS is an action packed new game for a new decade with lot of missions like FPS Commando, Helicopter Gun Strike, Sniper Shooting and a lot more.

Use of intentional violence in the world of games is going up day by day and need of anti terrorist commandos is also increasing. In this new shooting game, you will be a part of an anti terrorist squad. You will have to fight critical battles and strike enemies in this special counter terrorist FPS game.

In market a lot of new online shooting games are coming this holiday season but the blazing pace action going in anti terrorism commando mission chapters, you will not find in any other counter attack gun shooting mobile game.

Now is the time to take action in the battlefield. Call your best sniper and fast shooter skills and start combat on the front-line. Shoot from your gun to kill terrorists in special ops and survive in this addictive FPS commando firing heroic.

Now I am going to start what you have to do in offline commando FPS shooter.
Jump from the army helicopter and land in the field of battle with parachute like pabji and papaji game. Choose the best member of squad and equip yourself with latest weapons like grenade, rifle, revolver, pistol, modern AK-47 gun, and rocket launcher. Then you have to start your career from chapter 1. There is a complete story of multiple missions in each chapter where sometimes you have to play as a regular commando shooter, a silent knife killer, and sometimes as a guerilla sniper. You have to stop terrorism by killing terrorists one by one in each of their base camp.

The difficulty level will increase as you move on. Don’t step back, keep calm; move forward and shoot all of them to be a heroic commando warrior. Prove that you are the best anti terrorist squad shooting hero.

Some people call gun as bandook and bandukwala game. Some people also call critical army gun strike as Bhakti wala game bataiye Fauji wala game. That’s why we added localization of all major languages so that you should be able to navigate easily in your mother language within ATSS.

Soon new chapters will be added.

Play and review it so we would be able to enhance user experience and engagement. Contact us at gamesth786@gmail.com for any query or feedback.

TECOUSE Games is not Affiliated in any way with other Action or shooting games developed by other companies or developers. Please Note - “Anti Terrorist Squad Shooting ATSS” is completely free to play, however some game items can be purchased for real money. You can disable the ability to make in-app purchase in your device settings at any time.