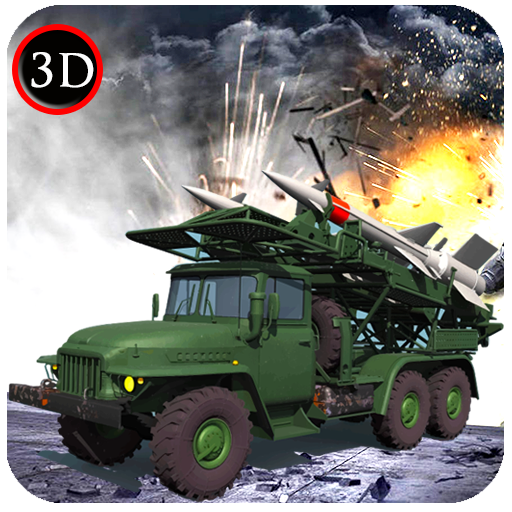 Drive army Missile Launcher truck to bomb missiles on militants in Burma. Be a daring soldier and attack the enemy which killed innocent people in Burma. Drive missile truck 2017 simulator, defeat the enemy and save your nation. This army truck driving free game is most realistic 3d Missile Launcher simulation war game based on real army tactics. enemy gathered army soldiers along with tanks and ammunition and sudden attack your territory in shooting game Law Enforcement Vehicles. They started an endless war with helicopter fighter jet bombing on cities. Your enemy also have Apache gunship helicopter. Take timely decision drive your 3d army missile launcher truck and immediate penetrate in enemy camps and launch 3d missile on enemy and kill every single soldier of your enemy before they play game of blood and fire in territory of your county.

The modern Army Missile launcher truck simulator is a new war game era with war simulators that combines the modern system of rockets and realistic scenarios of deadly battlefield with extreme challenges of a war zone. The game takes you to the war zone with mountains and plateaus which has never been so realistic before. Your enemy is already building up the force and you have to destroy your enemy’s secret locations. Drive army truck on asphalt road and dodge incoming missile attacks. Drive missile launcher at the front lines and take out the enemy base with your extreme launcher attack.