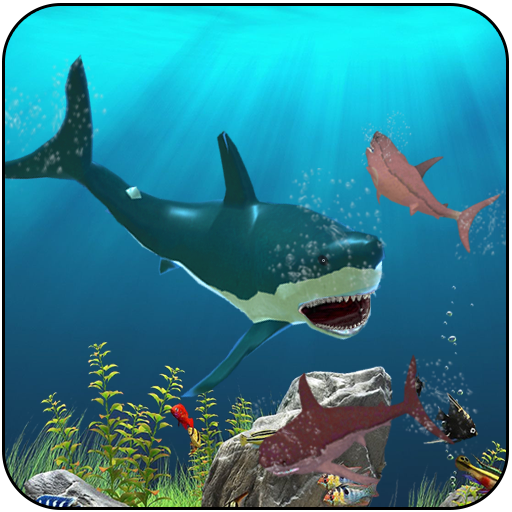 Welcome to the undersea world of white sharks and undiscovered creatures in Big Shark Vs Small Sharks game. Lot of adventures are waiting for you, hunting race, save shark mate, escape from hungry shark and much more fun in this shark adventure game. There are two modes in this deep shark’s ocean like, big shark hunting mode and small shark escape mode.

Take the controls of the hungry big sharks and small furious shark, eat food to maintain your stamina limits. Distract the big sharks to save your friend in underwater ocean. Hide yourself behind the ocean rocks and eat the cluster of fishes to increase your health. Racing with your rival shark to release mate shark in Big Shark Vs Small Sharks game.

Big Shark Vs Small Sharks game especially designed for the all age groups who love the underwater sharks game and shark adventure games. Play the role of small shark and big shark with interesting sharks story mode of your choice. Play the role of big shark and eat small size shark before reaching to the safe zone. Complete your target with in time to unlock the other fascinated shark missions. Destroy the ocean rocks from the shark house to release your shark mate. While playing the role of small shark, distract the hungry sharks that are chasing your friend shark and return to your home safely. Escape from angry shark to collect coins and roaming in underwater shark world. Avoid from coming into eye of big hungry sharks, collect food to complete your task with in time to win the Big Shark Vs Small Sharks game.