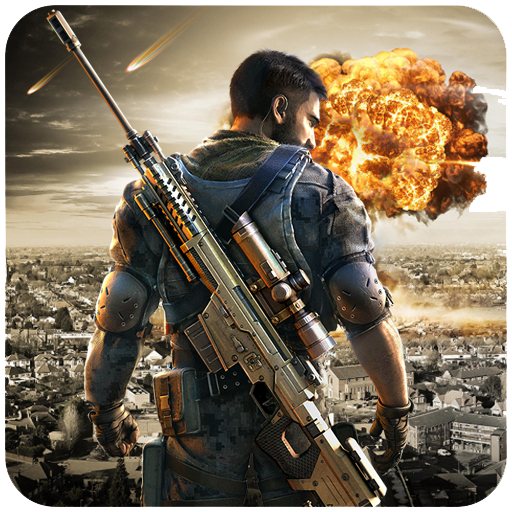 Everyone loves shooting games but even they can become repetitive after a while. For this reason Switch Play brings to you Contract Sniper Killer, a shooting game like none other before. This game works on a mission basis; at the beginning of the game you are given a task or a mission in which you are a special agent/commando who is supposed to clear out all enemy bases within the given health. The more people you kill, the higher your score gets and you move on to more challenging levels. This is why Contract Sniper Killer is a must better shooting game than most.

The real of Contract Sniper Killer 3D lies in the fact that as a member of an elite force of special agents, you get to kill terrorists and their army bases that have a lot of modern equipment but you are only armed with a rifle. First Person Shooter Control gives you the best seat in the house for shooting and it also gives you an old school, old-time feel about the game itself. Your enemies could have modern technology such as CCTVs, rocket launchers, battleground mines, and even air strikes. They will definitely have bigger troops but the real thrill is that you defeat them on your own with a single sniper.

Since you are not an ordinary player or shooter, you will be receiving instructions on when to shoot or when to halt on the screen. These commands come from the people that hired you. Before you begin playing, you can choose what sniper you are going to use. There is a collection of snipers that you can choose from. Each sniper will tell you the zooming capacity, fire rate, clip size and the amount of ammo it has. Based on this information you can choose a good sniper for yourself.

Once you enter the game, you are standing on the outskirts of one of the army bases. This gives you the vantage point to see their patrolling movements and familiarize yourself with the grounds before you go in. Even if it is just a mobile game, it requires real concentration that a real situation would require. Once you have familiarized yourself, focus, aim and take your best shot. Sometimes you can face obstacles such as shooting someone repeatedly because they are wearing bullet proof jackets. In these situations, it is best to aim for a clean head shot. Once you have shot all people on the ground, your team will invade through a helicopter to wrap it up.

Contract Sniper Killer 3D is an addictive and highly enjoyable game. Because of its amazing graphics and its super engaging concept, it is one of the best shooting and assassination games. This game really helps you build your focus and practice your aim as well as work on making strategies that are fool proof. Play against real life terrorists and clean out their bases in this highly engaging shooting game. Download for free today and enjoy the experience!