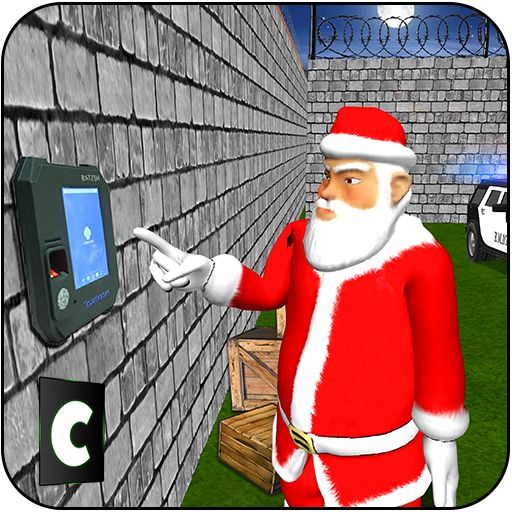 Welcome to the new Santa prison survival game and escape mission’s strategy where you play as Crazy Santa in this Crazy Santa Stealth Survival Mission. Santa Hero wandering in the jail carefully and try to escape from the police custody. Your love prisoned in horrible city jail packed with brutal jail criminals. For successful prison escape or jail break, you have to make a smart strategy that will allow you to survive till the end in this Stealth Missions Survival Game.

In Crazy Santa Stealth Survival mission you will find yourself in high security based vice city jail having stealth survival skills. Beware from cops and escape from the jail like shadow. Steal the master key from jail cops carefully and unlock all jail computerized door with the help of master key. Crazy Santa move carefully in high security jail with the help of Stealth escape Techniques in this Survival game.

Crazy Santa Stealth Survival Missions is exciting game with interesting gameplay where you play as Crazy Santa hero and escape from the jail with the help of different escape methods. Jail warden has assigned all the officers only one job & that is to keep an eye on you. Beat your enemies with the help of your amazing powers like swords fighting skills and claws attacks. Super Crazy Santa Hero has to take stealth moves to survive in this thrilling simulation. You are being watched by police sniper shooters, prison security guards equipped with guns. Make new strategy to escape from city prison and move from vice city jail like shadow. You are incredible Santa hero with strange powers, the savior of the grand city. Don’t afraid from dark prison which is full of rats & poison snakes. You are a crazy Santa Hero & you never give up so get ready to play this prison escape missions in this action simulator. Fight with cops and run for your freedom. Exciting missions are ready to blast the game in gaming world.

Crazy Santa Stealth Survival Mission is thrilling game for all Santa hero lovers and jail break fans. Break the chain of security jail to escape by knocking down your enemies with the help of your blade powers and swords fighting skills. Be a Brave Santa to overcome the hurdles & obstacles in your way. Use your survival skill to escape this cruel deadly prison and get your freedom. Take down police guards to take their weapons. Police snipers are going to shoot but you beware from them with the help of your escape