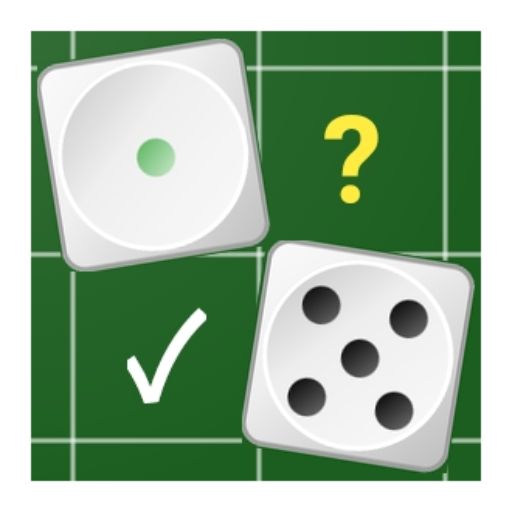 Thousand is a dice game with a goal to score 1000 points. But it's not so easy as there are several obstacles in this way: mandatory score for the opening game, two holes, dump truck and barrels.

You can play:
- against your friend on the same device or via the Internet
- against Android

General (or Generala) is a dice game played with five six-sided dice. It is a Latin American version of the commercial game of Yahtzee (or Yacht). The object of the game is to fill in each category on the score sheet and make the highest score. In the General game the follow categories are used: ones, twos, threes, fours, fives, sixes, straight, full house, poker, general.

You can play:
- against your friend on the same device or via the Internet
- a daily tournament against other players

Dice Dodge is a dice game related to those in the jeopardy family, which includes Pig and Farkle.
However, instead of the choices being "keep rolling" or "stop", one must choose whether to roll dices along a column, row, or across the entire board in order to maximize their chances of winning.
Gameplay involves tossing two dice and marking one cell on the board corresponding to the row and column rolled. The player then decides whether to roll one or both dice again in order to place more markers on the board. The point value of a row or column is equal to the number of markers on it, squared. If the player rolls a cell that has already been marked, their turn ends and their score is tallied. The winner of the game is the player with the most points after six rounds.

How to play:
1. To roll dices or a dice tap on the "Roll" button.
2. After dice(s) rolled the cell(s) for marking will contain '?'. To mark
just tap on a cell.
3. If you don't want to roll a dice just tap on it. This dice will be locked for the next roll.

You can play:
- against your friend on the same device
- agains Android
- a daily tournament against other players

The game was designed by Hex Reymann (https://sites.google.com/site/dicedodge/how-to-play).

Pig is a small and funny game for two player.
Each turn the player rolls one dice as many times as he/she wants. At the end of the turn all earned points will be added to the total player's score. But if player gets the pig - 🐷 (one dot) he/she loses all round's points and next player get his/her turn.
The player who got 100 (or more) points wins the game.

You can play against your friends or AI on the same device.