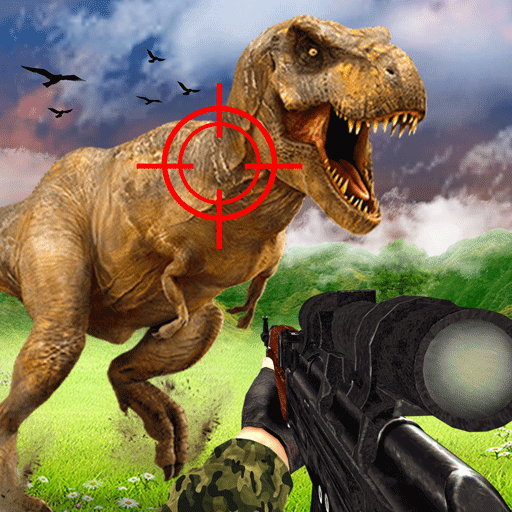 Dino hunting 3d game has different types of missions in which you have to eliminate running and jumping dinosaurs with specially equipped weapon. If you hunt dinosaurs with the weapon provided and survive until the end, you will become an expert dinosaur hunter in free dinosaur shooting games. Each hunting mission will reward you with in-game coins which can be used to buy weapons, upgrade armor and unlock shooting game environments. But keep in mind that shooting dinosaurs is not very easy so be fully prepared and avoid dinosaur damage to survive in this shooting game.

There are many dinosaur games available but what makes this dino shooting game different from other shooting games is that we have introduced different dinosaurs that belong to different generations and have the ability to attack in different ways. Where dinosaurs have attack powers, the player is also equipped with advanced weapons, armor and skills to fight with dinosaurs. Combat between dinosaurs and player will be exciting so get ready to eliminate all wild dinosaurs in this 3D shooting game.