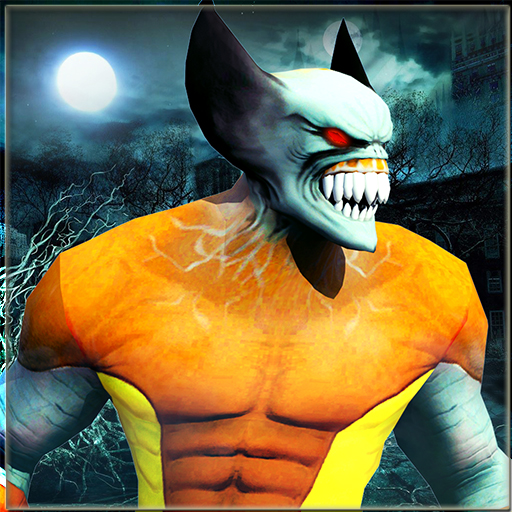 Welcome to the world of X-Monster Mutant Super Army Wolf Hero. You have played Many Super Ninja Warrior Games or Kung-fu Champions of Street or Super Human Army Games but this Epic Clash of Monster X-Mutant Army Hero is unique and highly addictive unlike others war base simulator games. Refine your Claw Blades to fight against Evil Monsters of hell wandering in Miami Streets. You have to perform your duty to evacuate the city from these deadly monsters of dark world under earth.

Whale Games Studio Present you the new and amazing full of action and trilled pack game with the mixture of childhood superheroes Wolf. The epic clash of survival is between evil and good forces. Brutal Zombies Evil Warriors wanted to create their dynasty on the world of Mankind that is why they send their spy guardians to earth to take information of Earth. Now it’s time to show your mutant powers to save the world by using your strategic powers with special silver bullets to kill dark Zombies monsters from your city and make peace. This epic Battle will make you bite your nails with full of thrill and actions between Mutant Super Army Hero and Monster Evil Zombies Warriors.

This Epic Clash of Super Army Battle is full of Thrill and Action where you will get action of Shooting towards Evil Zombie Monsters. Thug Mafia of Evil world is planning to destroy your city and killing innocent people. You have to shoot you Monster Evil Forces to save the mankind from mega destruction. Show no mercy against them they are really badass. There are several levels to play this action game.