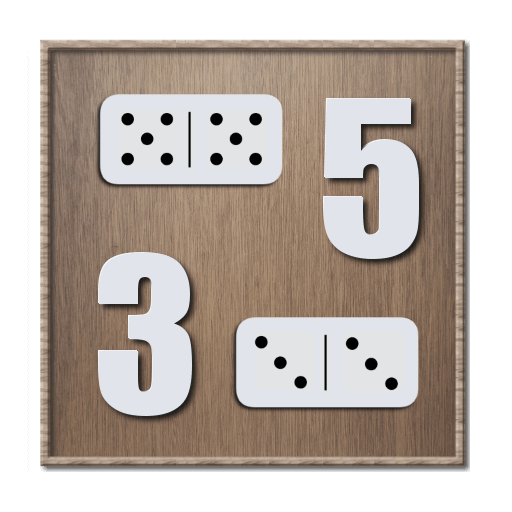 In Fives and Threes Dominoes game, players score in each turn by matching open ends to a multiple of either five or three. It's a very popular pub game in Britain. The game is played using standard double-six dominoes set. This version can be played against bot opponents.

The first turn in the game is decided by draw of lot and subsequent rounds are started by the player sitting next to the current lead. There is no spinner in the game so there are two open ends in the layout which are matched by the players on their turn. The game is played for exactly 61 points and first player to score 61 points wins the game.