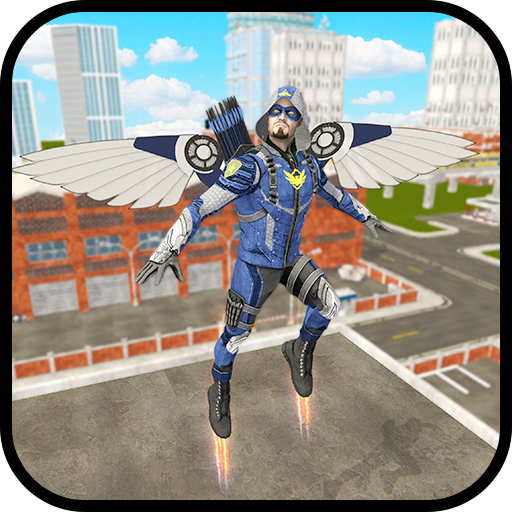 Do you like the action games? If yes, then play this most amazing Flying Crossbow Hero City Rescue Missions 3D simulator game. This game is especially made for those people who like the action games. You have played many action games like green hero fighting, flying Crossbow games, flying rope hero games, crossbow green arrow games, mafia battle heroes, Crossbow archery super heroes games, final crime battle, speedster lightning hero games, archery game and ultimate ballista eternal hero games but in this game you will feel actual action of super heroes with 3D realistic animation. In the game you will be enjoy the marvelous and fantastic city environment.

Flying Crossbow Hero City Rescue Missions is a level oriented game which have 10 incredible and thrilling levels. Every level has its own complication. In the game some gangsters and monsters try to destroy your city & kill the civilians ballista. Being a super bowman hero it’s your duty to save the city and civilians from these evil forces.