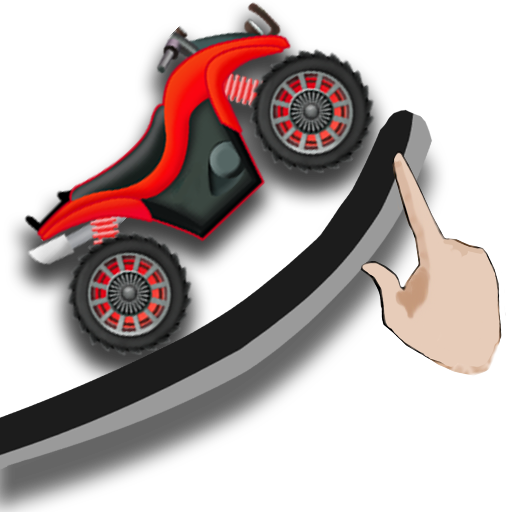 Our 8 furious motors got stuck on a hill and there is no way around to go. Fully out of fate as the only bridge to drive on the other side is broken by thunder flash. Only you can help them all survive. Draw the road and let them drive ahead on your road as a final option.

Fate of furious 8 for hill climb is in your hands, Be aware while drawing the road as you can draw limited road in one go and then you must have to pick up your finger and draw again to make furious 8 drive ahead. Everything counts when the fate is out and fuel is going low too, don’t forget to draw the road, and let them refuel their monster cars in this rainy and thunder flashing environment. Collect the coins they are not just there for spinning but to shine the fate of furious motors. Fuel is to keep engines running and coins are for unlocking the fate of rest of furious 8 in this hill escape legacy.

Furious 8 Hill Escape legacy is one of the unique and interesting free racing games. Its concept is totally different than that of traditional racing. It is race for survival and race for fate of furious 8, it is hill escape race for earning gold coins to unlock the rest of family. Moto of furious 8 is When it comes to family, No hill climb, No Legacy even no Harsh weather can stop us to Help the Family.

How To Play The Game:

Furious 8 Hill Escape: Legacy it is really easy but technical to handle the cars, bikes, monster trucks, jeeps and quad bikes to keep moving on your drawn path for a certain limit in one go, pick up your finger and start drawing again. Where there is will there is a way. So if you stuck in your own drawn path release the finger and draw again. Don’t forget that Every time you draw third segment first segment will disappear, so be focus and be aware of trees and air ships and thunder bolts on your way keep moving and hill climb as much as you can and keep collecting the coins and fuel tanks.