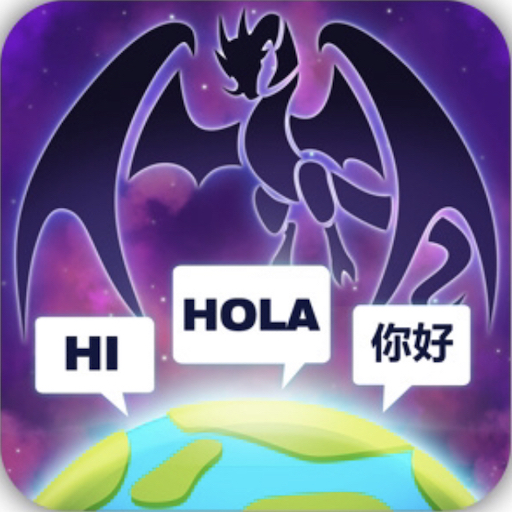 Trap your first beast!
To survive Langlandia and advance in the institution, you must have a strong beast. Will it be a ferocious polar bear? A noble lion? A tiger? A wolf? A giant snake? Another? Or will you get lucky and get one of the mythical beasts like a yeti or even a dragon.

You will trap your baby beast and grow with him as he becomes more powerful and you become smarter (in Spanish). You are a team and will need him to get back home from this mysterious island.

1v1 Online Battles:
Battle with other students online in the 1v1 arena league to see who is best learning the language.

Online Exam Competition:
Compete with other students for prizes based on how well you score on the exam.

Online Boss Battles:
See how you stack up to other students, when you and your beast try to take down bosses.

The Spanish words you will learn:
• The Most Common Spanish Words - The most useful and most commonly used words are taught, so you can pick up the language as fast as possible.
• Numbers - Learn to count to 100 million.
• Verbs - Learn to conjugate verbs including past, future and present tenses(conjugation, the biggest part of Spanish grammar).
• Sentences - Learn the most commonly used sentences and the sentences that are the building blocks to more complex sentences so you can start to build any sentence you want.
• Grammar - Learn and practice grammar rules to get a deep understanding of the language.
• Everything You Need - Everything is taught that you need to start speaking the Spanish.

Vocabulary Practice for All These Words:
Using flash card education, you can study the words you will need before the battle(audio is included).

Pronunciation:
Audio - The words are included with audio and repeated as you battle, so you will very quickly pick up how to perfectly say the words.

Reading Practice:
Langlandia includes 10 books, half of them relating to the world of Langlandia. Don't know what the word means? Just click on it and it will be translated for you. You will be able to go to town and answer questions from the books you read in Spanish and if you answer correct, you may get a potion or a point to use on your beast.

Hundreds of hours of gameplay:
Langlandia is free and you can access all vocabulary in the game just by advancing through the game. I

As you graduate grades in the institution:
Get new words, books and sentences by taking your well trained beast and beating the teachers of the institution.

Good for all levels of Spanish:
Is your Spanish level high? Play the game on hard where the extremely quick battles will train your brain to understand words quickly. This is a necessary skill to be able to understand and speak (people won't slow down their speech just because you aren't a native speaker). All other Spanish levels are perfect for Langlandia.

Different levels (Easy, Normal, Hard):
You can enjoy different levels of battles in Langlandia. Want some relaxed battles that aren't too difficult? Go for a walk in the meadow. Want something a little more challenging that you can collect more XP from? Go explore the forest. Are you feeling confident with the vocabulary and your beast? Enter the caves at hard difficulty for maximum XP.