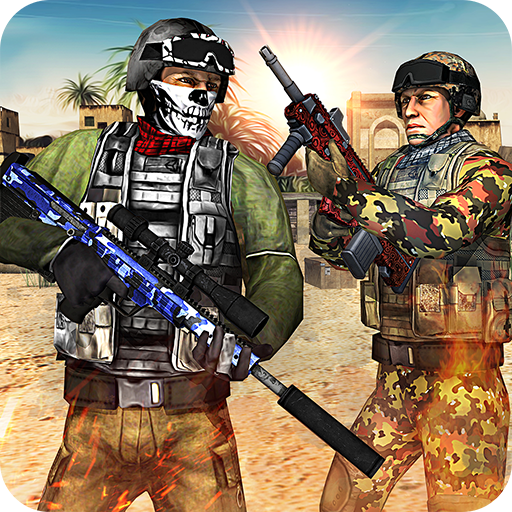 It is a Free Online Multiplayer Shooting Game that you can experience wide range massive weapon such as Sniper in Gun Game and War Game.

Fight alongside your teammates in Online Multiplayer Games.

Gun Game has the best quality sound that you can find while playing LAN Multiplayer.

Primary: It has 4 weapons with upgrades as you play. Such as Pistol, Double Gun, Revolver and Pulser.

Free For All: You can play individually to with the match as much as player you kill you will get an upgrade with your level, weapons and XP will increase in shooting game.

Team Death Match: There will be two teams named Alpha and Delta competes with each other to kill the other member of the team to Win. So get ready for the biggest clash.

Gun Game: This mode of the game is same as Free For All but in this mode you will be provide only primary weapon and when you kill as many members you will automatically get upgrade in your weapons.

Bomb Game: There will be two teams same as Team Death Match but here Alpha team will be plant the bomb and Delta will be defuse the bomb.

Offline FPS Feature
You can still play the game in offline mode via LAN online games with friends your friends.

You can make your own clan in online shooting game.

Hope to see you in the Battle Arena of Online Multiplayer Shooting Game; Don't forget to bring your clan in PVP Fun Shooting Game.

Disclaimer
Modern Force Multiplayer Online Shooting Game is a Free PVP Game and It contains mature content also in-app purchases for real money. You may want to keep away from your kids.

Give us 5 stars rating for Encouraging us to Update and Improve the Online Shooting Game continuously.