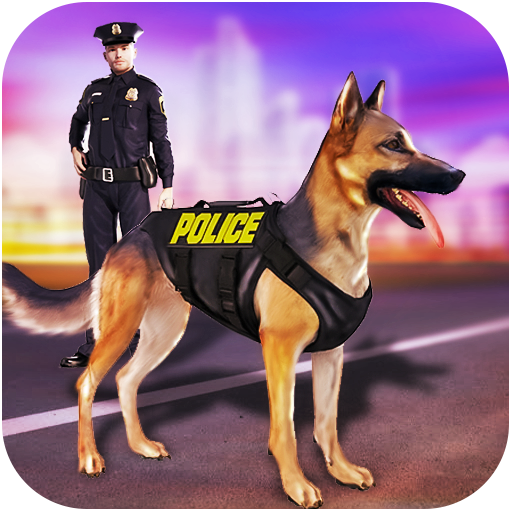 Start search operation near subway station, airport and other locations in this action simulator with police dog. Crime takes place at such places and you have been appointed to secure the subway station from criminals, thugs, robbers and thieves. A trained and professional police dog has to complete all criminal and crime chase mission. Patrol around the town with your city police dog and catch the thugs and thieves in police dog games 2018. Flash those sharp teeth to scare them into complying! Stick to your partner in crime’s side and together those crime thugs and gangster should not stand a chance. Chase them until they give out with this simulator game. Dog airport crime chase and police dog subway criminal chase with trained German shepherd dog is here with the twist of police dog car hunting games 3d. Police dog’s training will make your cop dog more accurate to its target in dog training game.

Assist the police officer and other cop individuals to trace, chase the gangsters and criminals with police dog car games. Police dog 3d real crime chase is a thrilling action game where you play as K9 dog to chase and catch criminals and robbers. Playing as police dog is interesting when you sniff around, chase criminals and pounce or jump on them. In Police Dog Crime Escape 3D, secure the city, local airport and subway station with high security. Help your partner police cop to catch criminals and control crime rate in New York City. Don’t let any gangster or thug sneak in with weapons or illegal stuff in police dog games. In police chase games, pick your favorite police dog breed including german shepherd and rottweiler and chase down all law offenders. Enjoy different crime chase scenes which are unseen in other police dog chase games with your police dog 3d.