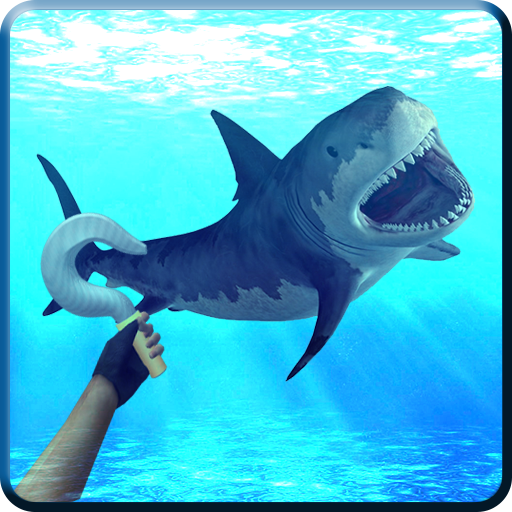 Raft Ocean Craft Survival: Shark Attack game simulates the story of a brave man who survive from catastrophic crash in the ocean.

Enjoy the most incredible survival game Raft Ocean Craft Survival: Shark Attack simulation that especially designed for the raft survival games fans. Where you can play as a brave man who stranded on an island and want to go home. Standing alone on the raft in the middle of the ocean and deadly tiger sharks everywhere, these feeling will goose bumps your skins. 3D environment of the tremendous ocean and cool sounds effect made this craft game addictive.

Get ready for the raft survival, challenge your skills and fight with the natural disaster in Raft Ocean Craft Survival: Shark Attack game. Gather all the necessary things for your survival like, hook, hammer, woods, and much more that are flowing over the sea. Fight with the deadly tiger sharks with wooden bat and collect food four survival until you reach towards the safe land. Smooth controls and fabulous camera angles made this shark game crazier.

Raft Ocean Craft Survival: Shark Attack game contains the impossible and survival missions for you, where you are going to play the role of the ocean survival boy. You stuck in the middle of the sea for several days after the catastrophic crash. Collect the necessary things for your survivals like, wood, rope and much more things. Gradually the game play become more addictive when you have to fight with the deadly tiger sharks on the drawing raft. Gather the fighting weapons like, hammer, hook and baseball bat smash the tiger sharks to get more points in this raft survival game. Show your survival skills challenge the natural disaster reach towards the island as soon as possible. The game play become more complex when you face your health level, and hunger levels. Pick up the food to retain your hunger level also collect the health pack to improve you stamina to fight with the deadly sharks. Intuitive and challenging game play made this craft survival game popular.

Experience the life away from the life luxury things and learn how to survive against the natural disasters in Raft Ocean Craft Survival: Shark Attack game. If you are biggest fan of the raft survival games so why you waiting for just grab the raft survival simulator that is completely free and will give you fabulous experience you ever want to feel. Show your survival skills against the deadly tiger sharks and survive in critical situations.