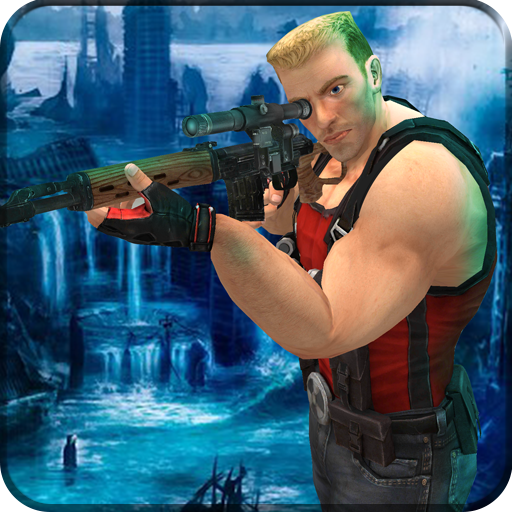 Do you love the sniper shooting games? Need to challenge your SHOOTING ACCURACY? If yes than what are you waiting for, the Sniper Hero: Gun Shooting Assassin Game contains the CRITICAL HOSTAGE SCENARIO shooting missions where you are going to mess with BAD PEOPLE.

Get you ready to defend your HOMELAND from the kidnappers, agent mafia, drug dealers and from the criminals. Show your unstoppable sniper hero skills and use your strategic mind on the CRITICAL SURVIVAL CONDITIONS. In this action shooting game, enjoy the realistic COMBAT FEELING that you have never feel before.

Take the decision of sniper shot immediately on the health and time coins to improve your health and time limit for remain alive in the SNIPER BATTLEFIELD. While combat with the agent mafia and with the criminals, try to hide yourself from their eye. Complete your task with in time to unlock the other impossible and challenging missions in Sniper Hero: Gun Shooting Assassin Game.

• Choose your famous SNIPER GUNS like, MODERN SNIPER RIFLE (MSR), UTR-130 RIFLE GUN and DRAGUNOV SNIPER RIFLE etc.
• Breathtaking missions are take place on the bridges, BORDER CROSSING, SHIP DECK, city environment and much more.
• Save the HOSTAGES from the custody AGENT MAFIA and from the SMUGGLERS.
• Capturing the BULLET SHOT in slow motion and fabulous camera angles made this sniper game outstanding.
• Surprising HD GRAPHICS as well as crazy SOUNDS EFFECTS made this Sniper Hero: Gun Shooting Assassin game crazier.
• Smooth and easy controls of sniper guns like, you can adjust the TOUCH SENSITIVITY by yourself to play the game with your TASTE.

Win the BATTLEFIELD with your TACTICAL SNIPER SHOOTING and SURVIVAL SKILLS in Sniper Hero: Gun Shooting Assassin Game. The most ADVANCED WEAPONRY is waiting for you to defeat your rivals and become the sniper hero of the battleground. Show your strategy of capturing the enemy territory and save the hostages from the criminal’s custody.