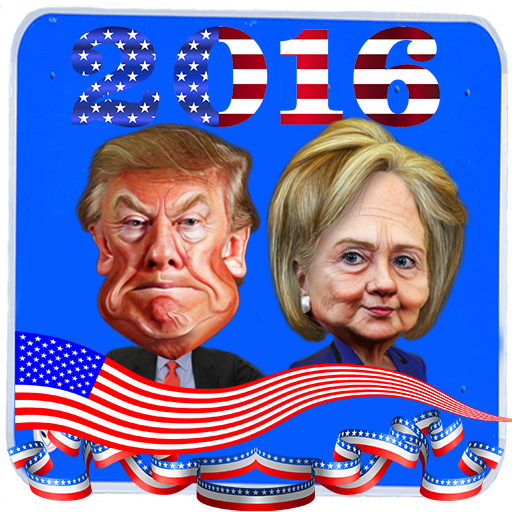 If you’re searching for crazy race game, you’re on the right place! Addictive 2D game Trump vs Hillary Crazy Run, race for president is going on! We promise a lot of fun and laughter. Try to win in all 50 states, United States is in your hands! It is time! Choose: Donald Trump or Hillary Clinton?

Trump vs Hillary is the game you’ve never seen before. Fight for justice, challenge your reflexes, unlock all 50 states and get in White House! You’re afraid, you want to give up, you failed a level? Don’t give up, fight for justice! We make our own destiny, Donald Trump or Hillary Clinton?

- Donald John Trump is an American businessman, television personality, author, politician, and the Republican Party nominee for President of the United States in the 2016 election. Trump first campaigned for the U.S. presidency in 2000, and withdrew before any votes were cast. On June 16, 2015, Trump again announced his candidacy for president, as a Republican.
On May 26, 2016, Trump had gained the 1,237 delegates needed to secure the Republican nomination.

- Hillary Diane Rodham Clinton is an American politician and the presumptive nominee of the Democratic Party for President of the United States in the 2016 election.

You’re wrong if you think Trump vs Hillary is ordinary run game, it’s crazy run game which offers entertainment. You don’t have what to lose if you try it.

Trump vs Hillary? That 's your choice!

Every state follows the national anthem, it's time for new elections and new victories! Tap to jump, collect and win in all 50 states!

The winner of the 2016 election will become the 45th President of the United States.

Trump Vs Hillary! Who will win?