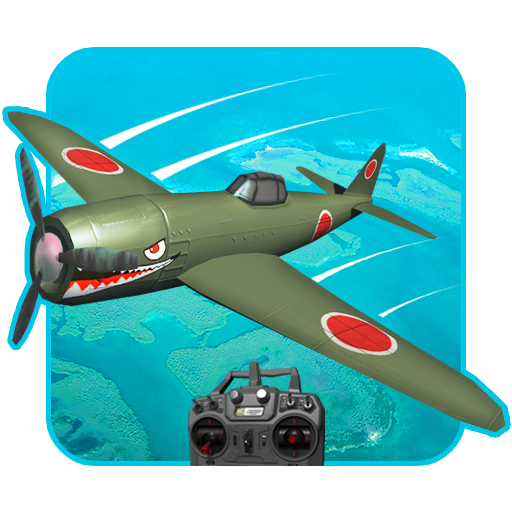 Let’s start to fly your futuristic ultimate drone for doing some important tasks that we will assign you in every level. Welcome to the Ultimate Air Drone War where you will play as air drone pilot to ride the most advance war drones in the air. Get ready for enjoy to fly your real RC drone and collect stars at amazing islands that gives you awesome pleasure in flying simulator. Choose your favorite air drone and destroy the enemy drones, armed trucks, luxury boats as well as helicopters in the island. Get points, control your drone and have fun with RC Drone Simulator War 3D.

Ultimate Air Drone War is specially made for the action games lovers and all drones games fans. A multiple entertaining and dangerous tasks will be assigned you in this ultimate drone flying simulator. Control air drone as cool drone pilot and fight over enemies drones. Let's fun to fly ultimate RC drone and take wings of fire through the skies and get ready for endless fight. So be careful during entering the enemy area and achieve your target successfully in drone game 2k18. This Ultimate Air Drone Simulator has become the most advance Drone Combat air shooting game in war games.

Ultimate Air Drone War is action game with thrilling gameplay where you will be play as drone pilot to destroy enemies’ drones and chopper in the air. Choose your favorite Ultimate Drone and survive in the air combat. The missions are easy to understand with two different controls to play. Joystick controls is hard to play and button controls is easy to play, so you have to choice whose controls are better for you the choice is yours. Enemy’s uses multiple armed assets like drones, boats and helicopter with RC controlled to stop you. Enhance your ultimate drone expertise and destroy all the rival's drones to enter in the destination in this drone simulator. You have to stop and destroy enemy's assets with the help of grown attack, mini guns as well as rocket attack. Then pick the health and weapons with the help of drone fighting in air drone game. Malicious drones as well as chopper are trying to destroy beautiful island and convert it into graveyard with the help of missiles attacks. But it’s your mission to stop these attacks with the help of speeds, grown and rocket attacks. Fly remote controlled drones and collect stars to get more score in this action simulator so that you can easily unlock the other amazing drones as players. Thrilling missions are ready to blast the game in action gaming world with the help of ultimate drone skills and air battle atmosphere.

• Amazing two different controls like joystick controls and button controls
We introduce the new Ultimate Air Drone War to blast the gaming world with its super fighting powers. This Air Drone War is simple game yet very exciting and thrilling drone air battle missions. Fighting in the air is the most difficult war, that’s why you have to be a best RC controller to fly Air Drone. Become the sharp minded drone controller to accomplish dangerous or risky tasks in this drone war simulator. Beware from dangerous drones and protect yourself with the help of your fighting skills. Different camera angle as well as air war environment made this combat game entertaining and exciting.