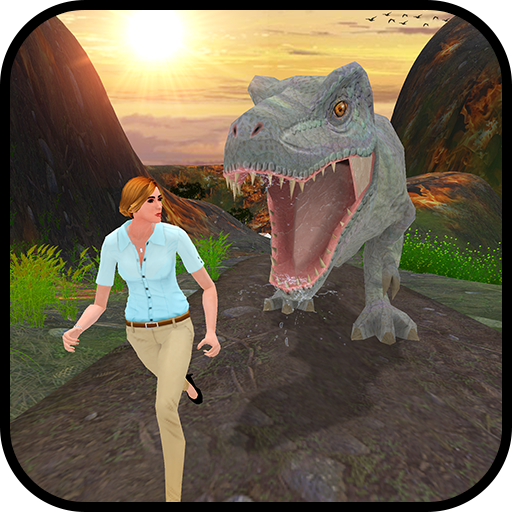 The Wild Dino World Survival is a unique simulation, where you have to survive in the critical situation with your girlfriend. The wild dinosaurs are ready to attack on you, don’t become the victim of the Dino attack they will tor you into pieces. Unlike the other Dinosaurs games, here you can survive in your luxury sports cars as well as by running with your girlfriend in the dark jungle zone. The Giant Dino are following, don’t ever catch by the hungry dinosaurs. Show your driving and survival skills in the Wild Dino World attack simulation.

Enjoy the insane racing speed of sports cars. Different interesting and jungle survival missions made this game crazier. Help the Dino that is injured due to some wild attack, it will be become your friend. The friend Dino will save you from the other dangerous Dinosaurs, you have to finish the game as soon as possible to get more score. Brutal Dinosaurs will hit your speedy sports car, don’t let your car to destroy.

In Wild Dino World Survival simulator you have to search for some safe place as well as by collecting some check points. If your sports car is going to destroy you have to come out as soon as possible and search some other cars to save yourself from the dinosaurs in dark forest. 3D jungle evening environment with breathtaking thrilling missions made this game to the top dinosaur’s games. Collect more check point either on sports car or by running, reach towards destination to get more score. Your friend Dino helps you by fighting with the other killer dinosaurs like tyrannosaurs so that you can complete your task. You have to jump into water with your sports car to save yourself from the your dangerous enemies. Different camera angles and amazing controls made this simulation more realistic. You can choose your beautiful sports car to play with also you can unlock the other car by making more score. Wild Dino World Survival simulator is ready to blast in the gaming world.

• Choose your powerful sports cars to play with.
• Evening Jungle environment and thrilling missions.
• Smooth controls and different camera angles.
• Save yourself as well as your girlfriend too from the dinosaurs.
• Insane speed of luxury sports cars.
• Dangerous wild attack of the dinosaurs.

Get ready to play with your amazing sports cars to survive from the dinosaurs in the dark tropical jungle. Enjoy the ever best dinosaur’s game and survive in the dark jungle with your friend. Wild Dino World Survival simulator is specially designed for the dinosaurs attack games lovers. Go and grab your speedy car to save your girlfriend from the world of dinosaurs.