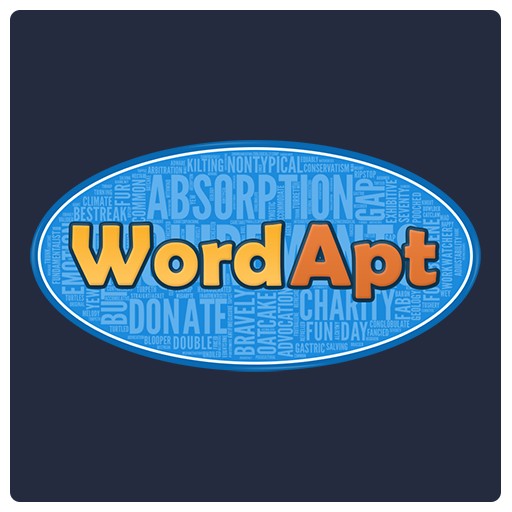 Form hidden words from a given word:  a word game with a twist!

WordApt is a new kind of fun word game and brain teaser. Improve your concentration and spelling and also learn new words whilst playing this vocabulary challenging mobile word game.

* You are given a word in English. From this word form other words consisting of three or more letters which can be commonly found in dictionaries.

* Form words which have the same pronunciation as the given word but are spelt differently. For example, given the word 'HOME', the formed word 'HOLM' is acceptable.

* You can also form words by splitting the pronunciation of the given word, but the spelling must not match the given word. For example, given the word 'SPICE', acceptable words are 'SPY,' 'PIE', 'AYE', 'EYE' and 'SPEISS'. However, the word 'ICE' is not acceptable because even though 'ICE' has the same pronunciation as the ending of 'SPICE' a spelling match exists between 'ICE' and 'SPICE' (i.e. SP-ICE).

* Plurals are not acceptable.