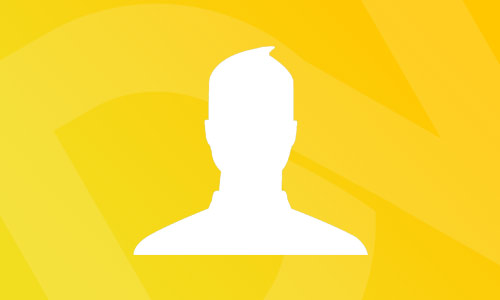 Alice took off her circular glasses and rubbed her temple. "Jesus fucking Christ." Calvin was destroying her in Mario Kart.

"C'mon," Calvin said with a grin, hand outstretched. Alice sighed, and reached down to her back left pocket to pull out her wallet. Her hand stopped. She asked "Double or nothing?"

"Deal." They started the next match. Calvin drove straight off the road, and hit three bananas in a row. He grumbled, "This game's broken." Alice grinned as she pulled ahead into first. Calvin sat up in his chair, he wasn't about to lose $80, especially not to Princess Peach. He drove through the next item box, grabbing a blue shell.

"How's it feel like to finally be in first place?" "Oh it just feels great." "Are you sure about that?"

Alice winced as she saw what was coming. The blue shell nuked Peach, and she watched as Toad zoomed past her to the finish line.

"You asshole!" she groaned. "Hell yeah baby! Fork it over!"

Alice rolled her eyes and reached for her wallet. But it wasn't in her left pocket. She checked her right pocket - it wasn't there either. She remembered that earlier when her wallet couldn't fit in her tight, high-wasted shorts, she put it on her bed, where it was probably now still sitting. She forgot to grab it before she left for Calvin's.

Alice remembered that she still owed Calvin money for the match the night before. "Yeah... Really..."

Calvin stood and paced the room. She stuttered, "I can get it to you tomorrow night?" "Nope, you said that the night before, and the night before." Alice winced as she remembered that she still hadn't paid Calvin two nights ago either. Some quick mental math revealed that she owed him around $200.

She really sucked at Mario Kart, but no way in hell was she going to admit it.

"If you're not gonna pay me with money, we're gonna need to work something else out," Calvin declared.

"For 15 minutes you can do whatever you want to me, and my body." She muttered, avoiding eye contact.

Calvin froze. This was his chance. He put his fingers to his chin, and pretended to be deep in thought. "You owe me $200 dollars. You think 15 minutes will make up for that?"

She blushed. She awkwardly played with her fingers, and rocked back and forth on her heels. "F-f-fine. 30 minutes."

Calvin thought some more. He walked up to her. She was a full head shorter than him. "Sure. I'll settle your debt, on one condition." "What?"

Alice turned bright red. She played with her hair nervously. She trusted Calvin, they had been dating for about four months now and he'd always been nothing but courteous to her. He respected her bounds and she did his. But those boundaries were about to disappear, for 30 minutes.

Calvin scooped her up and ran to the bedroom. She squealed in aroused fear. She glanced at a clock as he ran past: it read 9:47. *I just have to last until 10:17,* Alice thought to herself.

He kicked the door shut and dropped her on the bed. "All fours," he barked. Nervously, she got onto her hands and knees. Doggy style was pretty normal for them, what would be different this time?

He pulled down her shorts, and struggled to get the waistband down her wide hips. She was wearing a simple pair of beige panties. He scoffed. "Really? This is what you present me?"

He walked away from her, and pulled out a box from the bottom of his closet. She turned her neck around to watch him rummage through the box, but then a pair of lingerie hit her in the face.

She stood up awkwardly, scooping up the underwear from the bed. She took off her oversize t-shirt, and her beige bra. She looked downward, but she felt his gaze on her bare skin.

She picked up a piece of black lace and identified it as a black thong. She gulped, and slid the butt floss up her thighs. She picked up the matching bra, and put it on. She was surprised to feel pressure underneath her breasts, and realized it was a push-up. It squeezed her chest, it was just a little too small for her D-cups. She realized there were one accessory left, a studded, leather collar. She clipped it around her neck.

Alice looked up, embarrassed and anxious to see if Calvin approved. She heard a camera shutter, and realized Calvin had just snapped a photo with his iPhone.

"Calvin, you asshole!" He stepped forward, looming over her. "What did you just call me?" She flinched at his words. "Back on the bed."

"Yes m-master." She shakily got back onto her hands and knees on the bed. Alice couldn't see what Calvin was doing, but she felt his presence move back and forth behind her. She heard him fidget with some container, the pop of a lid opening, and the sound of viscous liquid. After what seemed like an eternity, she felt his hips press against her cheeks. She shuddered at the touch.

His hands groped her cheeks, massaging and roughly playing with her peaches. She felt his toadstool trace the edges of her vagina, rubbing up and around her inner thighs.

"You okay?" Calvin whispered. Alice felt his breath on her neck. She nodded. She felt comforted to know that even in a no holds barred zone, he still worried about her.

"Alright. Here we go." He withdrew his thumb, and Alice braced for his dick. She felt him push his way inside. It hurt like hell, even with all the lube.

Calvin paused, watching her response. She seemed okay, so he inserted another inch. "MMMMnnnmnmMMNmmnnnn!" She grabbed the bed sheets and tried to tilt herself to an easier angle. There was none.

Calvin pushed in deeper, feeling her tight ass contract and quiver around his dick. Alice's vagina was already tight, but this was on a whole different level. Every centimeter of his girth was wrapped in her fleshy interior.

He looked down and saw that he was about halfway inside. Alice was struggling to stay still, and was squirming around, trying to lessen the pain. He grabbed her by the hips, and heaved her down the full way.

Alice grunted, and muttered, "Jesus fucking chrIST!" her voice pitching higher as she felt him fully enter her. She panted, taking deep breaths as her ass tried to comprehend the foreign object blocking passage. Her clit quivered uncontrollably.

He slowly withdrew from her sphincter, and then suddenly slammed his way back inside. Alice howled in pain.

Calvin slapped her ass again. "Did I say you could speak?"

Calvin began to slide his cock in and out of her ass. Alice grimaced as she felt it piston up and down inside her. The pain was starting to lessen, the lubricant was really helping.

He grunted, and reached their normal fucking speed. Alice groaned as she felt her ass ravaged by his dick. Calvin, feeling emboldened from his power, began to thrust faster and faster.

Alice's whimpers became louder. At the higher speeds her ass wasn't sticking to the dick, and was instead gliding on the lube. After all, static friction is less than kinetic friction. (There's your physics lesson for the day)

Alice's hair bounced in a wave with each pump of his dick. She began to push back against him, hoping that it would be over. She definitely wasn't enjoying herself... Was she?

It was a totally different sensation than PIV sex, but all things considered it wasn't that bad. It was a little painful and rough, but that was kind of kinky. She bit her lip. She could see herself doing this again, she would just have to willpower through the initial pain again.

Panting, he slowly withdrew his cock. Both of them took a moment to get their breath back. He pulled her by her hips off the bed. She stood up, looking at him. He grabbed her chin and pushed his lips against hers. Alice, who was already on the edge, orgasmed as Calvin kissed her and bit her lip. She shivered with pleasure from the kiss. Her asshole ached at the empty space left by his dick.

Breaking the kiss, Calvin pushed down on her shoulders. Alice knew this universal signal for "suck my dick" and dropped to her knees. She stared at the cock that had been in her ass seconds prior. She looked uneasy at the thought of sucking a dick that had been inside her butt, and Calvin knew that.

"Is my cock not clean enough for you?" Alice looked uneasy. She started to shake her head no, but then turned it into a shrug. Calvin frowned and sat down on the bed. "You have one minute. Clean my cock."

Alice hesitated, then leaped to her feet and ran to the kitchen. Calvin tapped his foot impatiently awaiting her return. She returned 20 seconds later, dropping to her knees, out of breath, holding a bucket of water and a sponge. Alice dunked the sponge in the bucket and squeezed it over his cock. Warm, soapy water spilled over his cock into the bucket. She rubbed the sponge up and down the length of his dick, cleaning it as fast as she could. Calvin sighed and checked his timer. Alice rubbed it with her hands, using friction to clean it. She splashed some more water to wash off the soap, and the timer rang.

"Time." Calvin stood over Alice. He handed her a hair tie, which she immediately used to put her hair into a high ponytail. He grabbed her by her hair and pulled her face closer to his cock. She scooted on her knees closer to him.

"Do the balls first." Alice immediately began sucking on his balls, licking them like their sweat was a delicacy. She licked them one at a time, kissing and loving them with her mouth.

Calvin placed his hand on her head, grabbing her by the ponytail. Without warning he slammed his dick down her throat. Her hands shot up to his hips. Her throat didn't fully open, and she was sputtering and coughing as he pulled her mouth off his dick.

Alice had never deepthroated Calvin before, but she was about to learn.

Calvin lined her back up with his dick. "Put your hands behind your back. If I see them again you're getting cuffed." Alice's eyes widened. She nodded yes.

Calvin pulled her off his cock, leaving a thick line of slobber down her chest. He turned around and grabbed a pair of handcuffs. Alice put her hands behind her back, and let herself get cuffed.

"This time, all the way. No matter what." Alice nodded.

Calvin let Alice take a deep breath, then plunged her down onto his cock. Her throat and eyes bulged as his cock made the turn down her throat. Calvin groaned in pleasure, it was a totally different experience. Not as tight as her asshole, but softer. He held her down for a couple more seconds, then pulled her off.

"Holy fuck you're good at this," Calvin said, speechless. She shrugged and tilted her head. "Makes up for how awful I am at Mario Kart."

30 minutes of control became a frequent bet in future escapades. Sometimes Alice would purposefully lose so she could be conquered again.

Alice never got any better at Mario Kart.