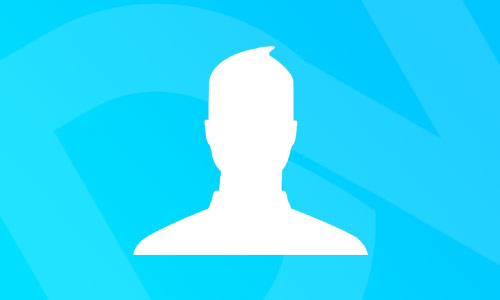 Amy couldn't sleep. She just kept turning the events of the previous day over in her mind. She couldn't believe what she had done, and was even more surprised by how much she had enjoyed it. But it worried her. Allowing the girl to feel her up was one thing. In that case Amy was the victim in the situation, however willing a victim she had turned out to be. But when she had reached her hand underneath that school skirt and between those waiting thighs she had entered an altogether different situation. True, the girl had been all too willing to accept Amy's fingers into the hot warmth of her pussy, but what if she hadn't? What if she had pulled away, or worse turned and screamed? What then? Amy, caught molesting a teenager on the train... what then?

Eventually sleep came, fitful, disturbed by weird dreams, and when the alarm dragged Amy from her bed the next morning she was tired, fuzzy headed, and no nearer to any answers. She dithered over her wardrobe. A skirt, to allow for the possiblity of more fun? Or trousers to send the clear message that she wasn't interested? Truth was, she was interested, but in what she wasn't sure. Eventually she settled on a knee length skirt with tights - she could always whip them off if it looked like they were going to get in the way of things.

By the time she stumbled from her front door her morning coffee was beginning to clear the fog from her brain, and a plan was forming. She and the girl needed to talk. Amy needed to know what the girl wanted from this, what her intentions were, and above all that she wasn't about to get cold feet and run to report Amy to someone.

As she came down the steps onto the station platform she scanned the crowd on the platform below. The girl was where she had been yesterday, leaning against the supporting pillar for the footbridge. As she saw Amy coming down the steps she straightened up and walked towards her, smiling slightly.

"Good morning," she said. Her voice was soft with just a trace of an accent which Any couldn't quite pin down, Scottish maybe? "Great to see you. I'm Beth by the way."

"Hi," Amy replied nervously. It felt strange to be talking to the girl, but at the same time it strengthened Amy's resolve that talk was what they needed to do.

"Ready for some more fun?" The tone was halfway between a question and a statement, a question that assumed the answer would yes. It was almost enough to sway Amy again, but no, she had to do what she had to do.

"Beth," she began, trying to sound kind but firm, "we need to talk."

The smile dropped, replaced by a look of disappointment, maybe confusion. "Talk," she asked, "about what?"

Beth sighed. "OK, let's do it your way, let's talk. What do you want to talk about first?"

"No, not here, and not on the train, too public." Amy continued "I know a nice cafe round the corner from Victoria, follow me when we get off the train and we'll talk there." She felt good, having gained control of the situation.

Beth sighed again. "As you wish." Then she spun round and flounced off back over to her pillar, leaning against it and pointedly ignoring Amy.

The train arrived, rammed again as usual and Amy just managed to squeeze herself into the lobby area of the central carriage. Beth was the other side of the lobby, pretending to ignore her but a few times when Amy glanced over she caught the younger girl staring her.

It was about the fourth time this happened that she allowed her gaze to linger a little longer. Beth was looking her way, but there was a slight glazed look to her expression. Amy looked closer. The girl was standing squeezed in between two other passengers, one arm raised to grab the holding bar across the ceiling, the other arm hanging down in front her. It was to this arm Amy was drawn. Through the crowd between them she could only see just below the elbow, but that was enough to pick up the small, rhythmic, jerking motion. Where was that hand?

Amy felt like she should look away, but she could not. Her eyes were drawn to the picture in front of her. She could feel the moisture between her own legs as she watched this young girl playing with herself. She felt a pang of disappointment that it wasn't her hand between those thighs, but there was no way she could find a gap to squeeze through to get close to Beth.

The train was pulling into Victoria, and Amy straightened herself mentally as best she could. She had a difficult conversation ahead, and that needed her to push all thoughts of what had just happened from her mind. As the doors opened she followed the crowd from the train, and waited for Beth to alight behind her.

"This way," she said, setting off down the platform.

"Wait," came the reply. "I need to go to the bathroom first."

Amy sighed. She looked back over her shoulder and raised an eyebrow. "Really?"

"Okay, I guess." If truth be known Amy wouldn't mind the opportunity to mop up the puddle between her legs and straighten herself out a bit.

They walked in silence over to the toilets, pushed their 20p pieces into the barriers, through and down the steps. Beth headed for the first vacant cubicle on the left side, and Amy took the next one. She twisted the lock across, hitched up her skirt, pulled down the tights and knickers, and sat down. She reached a hand to touch the material that had been between her legs. It was soaking wet. Damn that girl and the effect she had on her.

Her thoughts were interrupted by a rattle of the cubicle door. "Someone in here" she called.

The door rattled again, and Amy watched in alarm as the lock began to turn. Someone was coming in. "Hey," she shouted, trying to shut off her flow of pee so she could stand up and get to the door. She was rising from her seat as the door opened and Beth entered, a finger across her lips. Amy paused, she should have known.

She sat back down. "What are you doing," she hissed.

"Shh." Beth moved her finger from her own lips to Amy's. "Quiet." She held her head close to Amy, staring into her eyes for what seemed like an age. Amy tried to understand what she saw there. Confusion, anger, sadness, something else she couldn't quite place...

Beth removed her finger, and in one swift movement bent closer and planted her lips on Amy's. At the same time Amy felt a hand press down between her legs, a finger darting in and expertly finding her clit. She gasped and tried to push the younger girl away, but Beth just pushed in closer, her tongue darting between Amy's lips as she kissed her passionately.

Amy was in turmoil. She wanted to break free, to push away, to regain control. This couldn't be happening, it shouldn't be happening. But she also wanted to enjoy the kiss, the warmth of the affection, and particularly the finger which had coated itself with her own juices and was now teasing her throbbing clit.

And it was throbbing. The excitement from what she had seen on the train had far from passed, and she was already very turned on. And with Beth's gentle touch it really wasn't going to take long. Not long at all. In fact she was already...

She wrenched her lips away from Beth's and took a big gulp of air as her orgasm hit her, rolling up in waves from her clit through every muscle of her body. Her thighs squeezed, drawing Beth's hand in, pressing it harder against her, sending shockwaves rippling through her. God, that girl knew what she was doing!

As the throbbing died away she released her breath and unclenched her thighs. Beth was still looking at her, and now she could identify that extra emotion in those eyes. Lust, pure unbridled lust.

Amy had to take back control, and quickly. She jumped to her feet, pulled up her clothes, and straightened her hair. "Right," she said, in a tone she hoped conveyed brisk and authoritative, "coffee."

Beth looked at her. "But what about me, are you just going to leave me hanging."

Amy smiled a little. "Yes," she said. "We are going to talk, like I said we were. And besides, I think you had more than enough fun on the train this morning."

Beth's shoulders sagged a little. She opened her mouth as if to speak, but Amy raised a hand to cut her off. "Save it," she said, "you'll have plenty of chance to talk in a few minutes." And with that she spun the lock and strode from the cubicle.

5 minutes later they pushed themselves into a booth at a quite café round the corner from the station. Amy took a sip of her latté and looked across the table at the schoolgirl, who was staring into her drink, stirring it nervously. "So," Amy said, "what is going on here? Who are you, and why are you doing this?"

The girl glanced up at her, then quickly averted her eyes back down to the coffee. She took a deep breath, then hesitated.