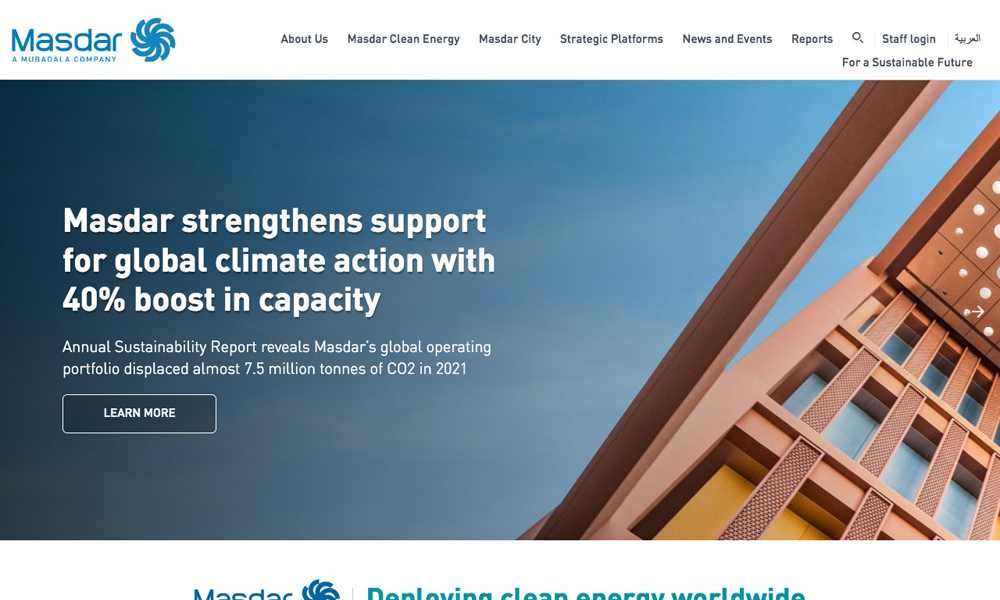 Masdar,also known as the Abu Dhabi Future Energy Company, is a UAE-government owned renewable energy company based in Abu Dhabi, United Arab Emirates. Masdar is a subsidiary of Mubadala Development Company and was founded by the UAE government in 2006. It is guided by The Abu Dhabi Economic Vision 2030, a program that drives new sources of income for the Emirate and strengthens its knowledge-based economic sectors.

The company proposed to complete Masdar City by 2016, which was supposed to be the "first zero-carbon city", but the managers gave up on those plans. The Guardian wrote in 2016, "Masdar City is nowhere close to zeroing out its greenhouse gas emissions now, even at a fraction of its planned footprint."[The original plan for the city estimated that 50,000 residents would live there; by 2020, there were 1,300 residents in the city. According to City Lab, the new completion time for the city was estimated to be 2030.