React Native or Flutter: Which is Ideal For Your Mobile App Development

Flutter and React Native have been creating a lot of buzz in the mobile app development sector. While some swear by React Native’s framework, some ardently support Flutter. So, which one is better? Before you pick sides, let’s uncover both these development frameworks through this blog so that you can choose the best for your app.

What is React Native?

Flutter, created by Google, is also an open-source SDK (Software Development Kit) released in 2017. The framework is utilized to build cross-platform apps for iOS, Android, Mac, Windows, Linux, as well as web.

React Native vs Flutter – Let's do the Comparison

While React Native has been around for a while and enjoys huge popularity among developers, Flutter is relatively new but packed with exciting features. Hence, it would be wise to compare both based on the following crucial parameters to select the best framework for your mobile app development.

To build cross-platform mobile apps, React Native utilizes JavaScript - a current hot-favorite amongst the web community. JavaScript is broadly used by a majority of developers and has sufficient server, web browser, and mobile support. That makes it easier to adopt the React Native framework.

Flutter, on the other hand, uses a Google-created programming language called Dart. Though Dart is feature-rich, simple to understand and get started with, it is lesser-known and hardly utilized by the developers.

So, considering the adaptability and popularity, React Native wins a point here.

When it comes to UI, the framework of React Native is largely based on the native components for both iOS and Android. In fact, it is too dependent on third-party libraries.

Flutter is comparatively rich in UI components with a bundle of exciting things such as UI rendering elements, device access APIs, libraries, and widgets. Thus, it allows developers to build customized UI design without the need to use third-party libraries.

Keeping that in mind, Flutter wins a point here. However, the user experience offered by Flutter isn’t as on-point as React Native.

When React Native is used for building native apps, the performance is top-notch and reliable. However, in cases of hybrid apps, developers often face problems in terms of its libraries, architecture, and native elements.

On the contrary, Flutter offers seamless performance, thanks to the Dart programming language, robust C++ engine, and JavaScript Bridge that connects with native elements easily. Moreover, the app developers have the facility of reusing the existing code, a benefit in itself.

Thus, on a wider picture, Google’s Flutter is a winner in performance.

Stability is immensely crucial while developing a cross-platform mobile application and interestingly enough, React Native has been quite stable ever since its inception. The framework enjoys support from a big community of app developers, rendering it a more stable and reliable environment.

Flutter, on the other hand, lacked stability in its alpha version. But, the framework has made significant improvements with its beta 2 version that comes bundled with an enhanced asset system and developer tools.

However, when considering consistent stability and suitability regardless of project size, React Native gains a point here.

Since the developers have strict deadlines to meet, they end up choosing the framework which saves their time. As React Native framework comes loaded with ready-to-utilize components, the speed of app development gets a great boost.

Contrarily, developers often find it time-consuming to build a cross-platform application utilizing the Flutter framework. Moreover, in Flutter, distinct files, along with the code corresponding to the platform’s rules, have to be added for Android and iOS, increasing the time.

So, React Native emerges as a winner in the app development time.

Strong community support strengthens the framework and helps it grow. React Native has been in the landscape since 2015 and is widely popular among the developer community. The framework has a strong community on platforms, such as GitHub and Stack Overflow, with regular conferences and meetups across the world.

Since Flutter is relatively new compared to React Native, it doesn’t have as powerful community support as the latter yet. However, the community is steadily growing in size while the Flutter team continues to offer great support to developers.

Well-organized and thorough documentation simplifies the developers’ job and helps them save considerable time when they need assistance. React Native falls behind here as far as documentation is concerned because the documentation this framework offers is disorganized.

Flutter, on the contrary, provides the developers with very organized and efficient documentation, making the development process smoother. Moreover, Flutter also offers a huge variety of extensive tools and IDEs.

Thus, Flutter emerges as a clear winner in the documentation game.

When it comes to setup and configuration, React Native fails to provide the developers with adequate information to get them up and running. The guide offered by the framework doesn’t detail the tools and setup requirements.

The framework of Flutter offers detailed information with a thorough platform setup and IDE setup information for both the iOS, macOS, and Android platform. There is also a CLI tool, referred to as Flutter doctor, that guides developers through the procedure of setup.

Hence, the winner in configuration and setup is Google’s Flutter.

The comparison that we did above based on the parameters, it is tough to make a choice as both React Native and Flutter have their own benefits and disadvantages. The primary thing that puts React Native ahead in the race is its strong base of users and extensive usage.

Flutter, on the other hand, is still considered new with brighter prospects in the app development arena and remains to be explored by a wider developer community.

Hence, the decision of choosing between these two frameworks would largely depend on the project’s specific requirements. 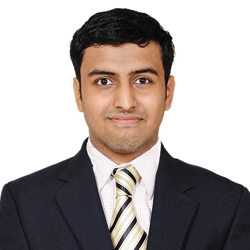 Sourodip Biswas works with an expert team of web and mobile app developers at Space-O Canada, a leading mobile app and software development company. He spends his time researching technologies and mobile apps. His work has been published on various distinguished blogs across the web.