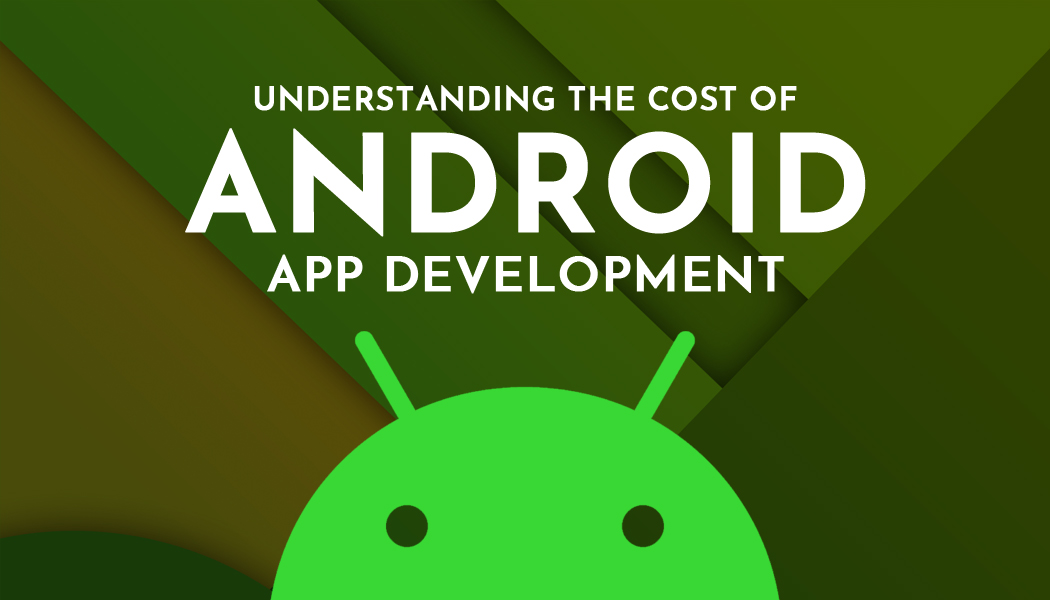 In 2018, Google Play Store’s revenue was estimated to be about $34.4 billion, a staggering 27.8% increase from the last year’s figures. While the daily downloads in the Play Store reaches around 250 million.

Apparently, this indicates the mighty growth the Android app development market is experiencing across the globe.

So what is the real Android application development cost that tempts so many businesses and developers in entering the lucrative market?

Realistically, understanding the development cost isn’t as simple as it seems, but there are plenty of basic to complex considerations to understand before determining the actual cost you’ll incur for your business application.

Why businesses opt for Android applications?

Either startups or established enterprises, every entity has its own reasons to acquire a mobile application for its business.

You might be inclined to acquire an Android app for enhancing your existing customer base, easy integration, highly cost-effective channel, compatibility with different devices, easily customizable, diversify customer engagement channels and revenue streams, and more.

As for this discussion, we’re mainly going to focus on the costing aspects when developing an Android application.

How to formulate the Android app development cost?

Fortunately, we have all the concrete elements on paper that form the equation of app development cost. Here is how we calculate the cost of creating an Android app.

In other words, it is the total number of hours invested in development into the billable hours of the resources spent during the entire development process.

Here are some of the key factors that developers, startups, or even established corporations should keep in mind in order to determine the actual development cost.

The foremost and a crucial stage in the development process. Initially you'll be justifying and validating the app idea. Although, there are various ways through which Android app developers can accomplish this task, but a design sprint is the most frequent way to do it.

Diversity in the app features is the aspect that mostly labels the tool as efficient, reliable and competent. So what exactly are the features that pile up the development cost and complement the eventual success of the application?

There are two types of backend development: BaaS and custom. In the BaaS development, the developer is given an already made backend architecture with little margin for making changes. On the other hand, a custom backend provides an architecture developed from the beginning specifically for a certain application.

With the ever-increasing consumer demand and cross-functional dependency of different industries, many applications are called to interact with particular third-party tools in order to perform some exclusive functions.

For example, using Google or a social media platform to further use a payments tool for in-app purchases. Such integrations are important for a top-performing application.

Today smartphone users prefer using apps that have a smooth in-app purchase and payment feature without needing to use other modes of payment. Apparently, incorporating such a feature adds a considerable cost.

Category and type of Android application

Easily, the cost of application you're acquiring for your business will largely depend on its type or category. The following are some major application types that come with their own target audience, set of features, security criteria, and other variables.

M-commerce applications are some of the most sought after tools in the global industry today. The major reason for their popularity is due to their contribution in considerably eliminating the need of physical stores and websites.

These tools are powerful enough to contain a plethora of features and perform tasks in real-time, while acknowledging the concerns of millions of users without compromising the security elements. Understandably, any m-commerce app is a costly prospect for a business.

As the name suggests, stand-alone apps do not require a third-party integration, or, they are free from the need to use a device’s built-in features, for example, tools like Calculator, Clock, Calendar, and similar apps. Hence, we can conclude that the cost of stand-alone app development is quite low.

Enterprise-level applications are developed to cater specific functions, due to the fact that the target audience might be a specific workforce chunk. These applications should be highly scalable and flexible in order to answer the changing and future needs of an organization. Therefore, these custom-made apps require a costly development.

As we know, all major social media tools are the talk of the town today. Social media applications are made by third-party integrations and are given the liberty to access your phone’s camera, audio recorder, etc.

With their high scalability intact, the tools are able to support countless users at the same time. Undoubtedly, their development costs are comparatively higher.

Material design is often taken with the purpose to inject the creative element and simplistic crispness in the application. While for its iOS counterpart, a flat design is more preferred.

To provide a superior user experience, wireframing is often incorporated by developers through certain tools including Balsamiq, Photoshop, MARVEL, etc. The idea of using wireframes is to create application screen-flows for client display.

Animation has been traditionally used to create aesthetically pleasing affects in videos and websites. While the case with mobile applications is no different. Several social media and gaming applications employ a certain degree of animations to provide an exciting and intuitive output.

However, the designing and coding is a tedious process, apparently, they tend to raise the entire development cost.

Deployment on the Play Store

Successful submission of your completed Android application on Google Play marks the completion of the development process. Albeit, there are certain prerequisites that need to be catered prior to it.

For instance, your application and submission should meet certain guidelines as mandated by Google Play Store. Additionally, you need to pay a one-time $25 fee that the platform charges for publishing an application.

Steven Clark is a digital marketer and e-learning in reputable firm.He has expansively written for different type of Game Development Company and also Custom iOS App Developers.He believes those enrollment agencies need to focus on behavioral skillful of the candidate instead of just looking at their resume.He loves reading books and mostly time spent on social media.