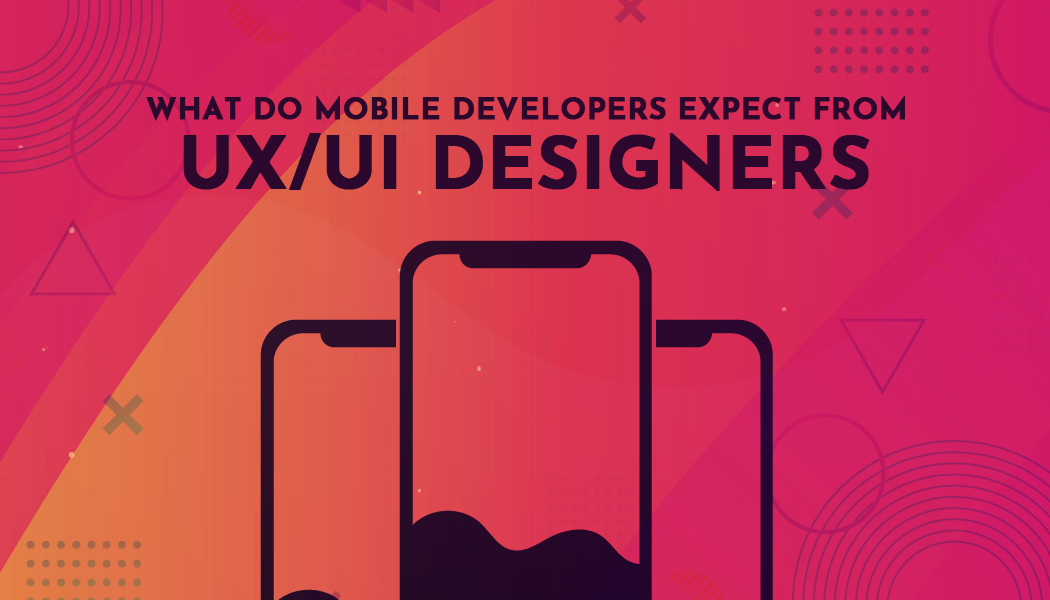 What Do Mobile Developers Expect From UX/UI Designers When Creating an End-To-End Mobile Product?

Can you work with people in other disciple? If so, success is bound to come, and there is no turning back in your tech career. Gone are the days when the app designers used to design, and developers used to develop, today user experience (UX) design, with developers is the new buzz leading to best possible outcomes. So, let's get to know more about this fundamental part of your learning curve.

First of all, it is very crucial to know that a designer and a developer are meant to have a codependent relationship. Without a UX designer, the developer has no wireframes, designs, or prototypes to work from. On the contrary, without the developer, the UX designer can't see the results of his designs or physically build any of his great user-focused ideas, let alone predict timelines or have realistic expectations of the final product. Now every company has a different organizational structure for these techies. For example, some organizations have designers and developers on two separate teams who lead the battle right from the front whereas other organizations break up developers in sub-teams as well- such as front-end developers and back-end developers. Regardless of your structure, regular collaboration between designers and developers is essential in the success of a project.

So, Where Is The Glitch?

# Issues developers have with designers

Obviously, not all designer/developer relationships are contentious or based on mutual distrust. In fact, there are professionals willing to put their differences aside and work together in agile environments, where the walls have to come down out of necessity. Down below, I would like to mention some of the common issues we as developers have with designers. Time to rectify!

1.    Spending endless hours in figuring out what color that button is- One of the most common issues faced by these mobile app developers is they have to wade through Photoshop/Illustrator/Sketch file with 53,002 layers to get what they are seeking for. Ample of unnecessary time and energy seems to be consumed.

Solution- Instead of relying on all the values in a visual comp to be 'pixel perfect'; Get a style guide. This extensively cuts down all the guessing and interpretation part done by the developer most of the times, unwillingly.

2.    Does the content gels well? - Oftentimes delivered using a placeholder such as Lorem Ipsum text, developers know this isn't anything that will be seen in the final product. Content has been the king and will always be in the future. It is the design that needs to fit the appropriate content and not the other way round. Now since developers are in the front line and designers do not design with content in mind first; it hits the designs are the ones left holding the bag. Whereas designers need to make sure they have a full content inventory before finalizing designs.

3.    Never show me how it works-  Many times, designers end up creating a carefully crafted interactive/ temporal prototype that works the way they want it to, but it's all 'throwaway' code. We, as developers, have been receiving static diagrams right from the start, and all we have to do is figure out how to make things work. Design isn't just what it looks like anymore; it's also how it works. Furthermore, keep this in mind that we are not trying to take away their jobs, just trying to find better ways to make it clear what your ideas are.

# Issues designers have with developers

Often seen as a soft skill, designing is not just spouting uninformed ideas it is more like perfecting a craft. However, articulating the 'method behind the design madness' is not always easy, and rarely quick. Let me show you how?

1.    I designed it that way for a reason- Much like developers, even designers spend weeks on creating meticulously crafted visual comps and spec documents. Being all this Ignored by a developer leads to world war three. A designer often assumes that the developer will take a close look at the comps and try to make them match 'pixel-perfect.' However, this leads to interfaces that most of the times feel cramped or poorly organized, despite of the best efforts given by the designers.

As a solution - Nothing should be assumed by designers. Apart from this, they must also start working side-by-side with the developers regularly reviewing their work to ensure it's what is intended in the design.

2.    Did you just say I can't do that! - Imagine a situation that you, as a designer, has created a beautiful experience, but the developer proclaims "it will never work." How does that feel? There are a couple of reasons to justify the statement.

As a solution- We, as a designer, needs to rethink in terms of the solution. I mean if it can't be it can't be done. But, in case, if the developer has no idea regarding how to make it work, the designer requires to show them examples of places where the desired technique is working.

3.    Making usability testing optional- For many developers, the term usability means it works as defined by the requirements. If designers want to test anything, then make sure it is done before the developer spends long hours building the UI to specs. So what can be done is Plan usability testing spikes into any Agile project with iterations that feedback into the development of the product.

How to Make Things Work?

#1 Know what exactly are you building?- Contact web development team and UX designing team right from the beginning of developing a new product feature, or even a new product when proposed for implementation. It may quite interest you to know that unlike developers, a UX designer is hands-on with research, testing, and keeping the team focused on the needs of the user. It can be all too easy for the project lead to create a product or feature specification that has been put together without any input from the design or development teams.

#2 Know what's in it for end users? -  User research is more like talking to people and understanding their behavior and psychology. More importantly, this kind of research enables designers to better understand user problems, needs, motivations, and behaviors — the very things that get us UX designers all excited. For instance, if your target user group is based in Iceland, sending out a survey will be a good deal easier than an in-person interview. In the end, you will know:

#3 Share; what you have learned? - Everyone has a perception of its own. So whatever you have learned till date in regards to users' needs, goals, and pain points, share with every professional around. Ultimately, by getting input and advice from the web development team early in the project; designers will be able to dodge creating a set of designs that are either not feasible. Basically, more input at this stage means fewer revisions — and headaches — further down the line! 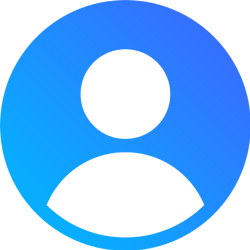 Kibo Hutchinson working as a Technology Analyst at Tatvasoft UK. She has a keen interest in learning the latest practices of development so she is spending her most of the time on the Internet navigating the unique topics and technology trends. Her technical educational background, combined with a know-how of content marketing, gives her an edge over others in a variety of blog posts. You can visit here to know more about her company.