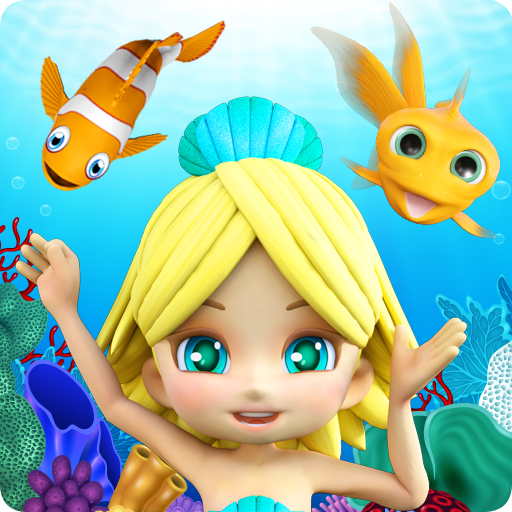 The Shark and bad fishes are attacking the Mermaid's house to steal nice Pearls! Let's catch these evil creatures from the sea to protect the Mermaid, her friends and pearls. You can catch fishes with your Facebook's friends and other players to find who is the best catcher in the ocean. With 3D fun characters, addictive gameplay with 4 modes, impressive effects, well-design levels, and many things to explore on your journey, Fish Crush is a new smasher game for you to enjoy.

✤ Amazing animations in the ocean

✤ Global leaderboard to rank with other players

✤ Play with Facebook's friends & compare your score with them

✤ Try your luck everyday to get reward

✤ Story: you have 60 levels to play and more levels will be added soon. On the journey you will face lots of bad fishes with powerful ability. It's challenging to pass a level and get 3 stars!

✤ Protector: you must protect 3 Pearls in the seashell from the attacking of the bad sea creatures. They come from all directions!

✤ Survival: unlimited levels. You have 3 lives to play through endless levels, so survive as long as you can. You lost 1 life if a bad fish swim away

✤ Time Attack: you have 60 seconds to play. Try crushing as much sea creatures as possible to get best position on leaderboard

✤ Basically, you just tap (or crush) the swimming fishes to catch them. Pay attention to these bosses:

Shark: smash twice to catch him

Octopus or squid: smash twice to catch her. She can hide for a while

Alpha Fish: smash to catch him. He can invisible for a while. You cannot catch when he's invisible

Mother Fish: jellyfish, smash to catch her. He can born the baby jellyfish after dead

Hold Fish: touch a while to punch him

✤Goldfish: you will lost 5 scores if you catch her

✤Clownfish: you will fail the game if you catch him

✤Sea Boom: an explosion to catch large group of creatures

✤Magic Octopus: a giant octopus (squid) catch all bad creatures passed to it

✤Underwater Mine: you put a mine at a position. If a swimming creature hit it, the mine will explode

✤ Shocking Time: make all creatures stop for a while

The nice Mermaid is living in her peaceful house with her friends. On nice day, they like to go out and collect Pearls. Unluckily, one day they were followed by the Shark and his accomplices. They attacked the fishdom and steal all seashells. Let’s help the Mermaid to catch the bad fishes and put them all to the magic aquarium! On the adventure in the ocean, you will face lots of evil fishes like squid, jellyfish, big boss... and challenging missions.

✉ To help us meet your desire about this free game, please send your feedback to: asqteam.mobile@gmail.com

❤ We want to say a coolest THANK YOU to everyone who has played this free game & gave us 5 star review!