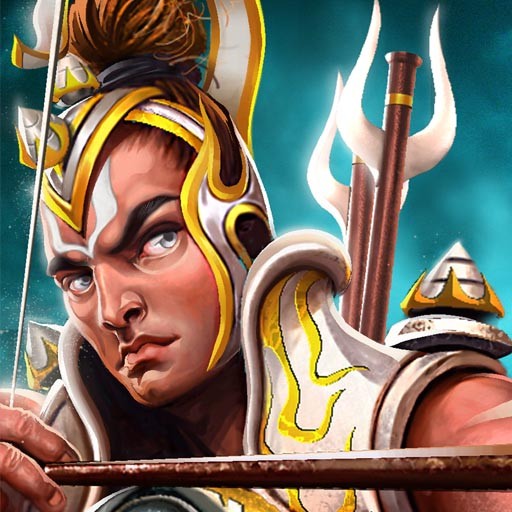 MEDIA COVERAGE FOR LoA
**TouchArcade (Eli Hodapp) - ".. I'm liking the art, and it's always fun to play a game that tells a story from a different culture.."**

**iFanzine (R.SHIELS) - 4.5/5 - "..an epic blockbuster-type experience the likes of which we don’t see nearly enough of on the iOS platform these days.."

**TheSmartphoneAppReview - 95/100 - "..As difficult as it may be, the challenge made the game fun and more like a console game than one on a mobile device.."**

**iPhoneGlance (Eric Compton) - "..feel like taking on the task of defeating a 1000 + army, learning a little about ancient Sanskrit poetry and most importantly, kicking some ass.."**

**Fanappic (Melanie) - "..the attention to detail, excitement and gamer-involvement will be the thing that makes you stay.."**

**Appolicious - "..As a game which is able to incorporate console-level quality in the form of a mobile app, Legend of Abhimanyu has heightened the benchmark for others in the field that are looking to significantly differentiate themselves.."**

**AppTimes - "...it provides hours of entertainment with surprises around every corner. As you complete one interaction, another awaits, testing your weaponry skill set, endurance, and technique.."**

* Boss Battles
Embrace the power of thunder of Guru Drona, show your valor by facing the fire power of Karna, who draws energy from sun. Demonstrate the courage to wash out the immortal villain with water power and villain with power of deadly tornado's, quakes etc.

APP DESCRIPTION
LoA-Legend of AbhiManYu: Experience being a legendary 16 year old warrior in 1st ever 3D Mobile Game based on the Ancient Indian Epic ‘The Mahabhrata’. It is a battle game that is unlike any other you would have ever played. You’ll have to fight alone against the greatest warriors of that era and enter the toughest war formation of multi levels with the aim to break these levels one by one and save the day; a day which even God was also anxious to get over. This extremely thrilling single player action adventure game will give you an actual feel of being in the middle of battle ground with a lot of war adventures against powerful villains and demigods.