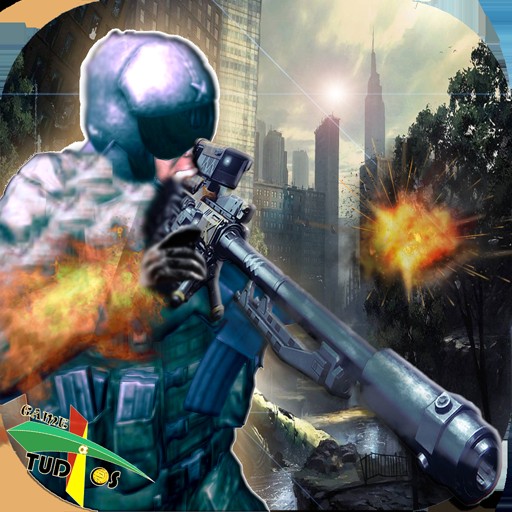 No Holidays! Be Ready for Secrete Mission! Even if your are off duty
What is in Modern Army Stealth Mission (Commando Mission) 2017 3D game?
Army Soldier is one of the best First person shooting action game that is all about shooting and survival with your strategy. Enjoy thrilling Mission Stealth commando adventure mission based game with modern commando combat zones. Enemy has taken your land and they make their camp and making trouble in your country. You are only last person left from your force. It’s your challenge to kill enemies before they kill you and take back your land from enemy and become a last commando sniper shooter. Digital radar system, which you have, shows the locations and movements of enemies. They already got information about your mission and they are ready to kill you. The mission you are given is very hard and risky, enemies and artillery Play up to exciting elite one man missions. The gun automatically reloads when you run out of ammunition. As an army commando, use your specialized sniper shooting skills to survive in an offensive attack of terrorists. You can move the sniper anywhere and tap to shoot the enemies and Gunship Helicopters with variety of weapons and limited time. Be-careful, there are some soldiers also attacking you in radar range.


In this Modern Army Stealth Mission you have assigned adventurous shooting missions with increasing difficulty level. You have just been dropped in a very hostile enemy territory with a large force to attack for your last survival attempt. Gather up your first weapons and ammunition for this battle and become a last commando sniper shooter. Stunning game graphics and smooth game play will take you to real life battlefield zone. If you’ve quick reflexes and excellent aiming and sniper shooting skills then find your way out of enemy’s army place. You are equipped with advanced weapons assault rifles, machine guns and sniper gun. Use these guns to become a assassin shooter. You will welcomed enemy assault shooter rangers and your mission is to kill all of them.

Encounter the commando war zone missions in this free first person shooter game. You might have played games like Commando game, Commando adventure, Sniper killing, Sniper shooting, Commando mission attack, Army base attack, Military camp invasion, Army cargo, Military gunship, War attack game, but this commando adventure mission game is real life battle zone with advance multiple weapons and different battle zone. It is a whole pack of mission based, heavy gunship, military attack base game. The number of ambulation and frontline commando is enormous, FPS ( First Person Shooting) is the best technique used in this game that means the one shooting the opponent first is the one champion in commando action.