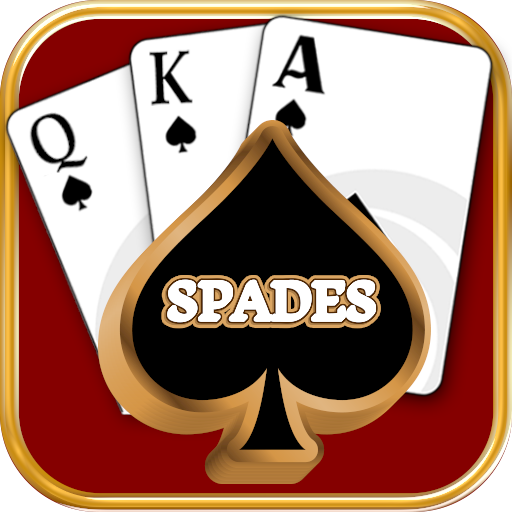 Free offline multiplayer card game with realistic Spades rules. Play this exciting trick-taking card game on your phone, tablet, or computer! Spades is popular both in the United States and Canada. It comes from the same family as Hearts, Euchre, and Bridge.

Spades Offline Multiplayer is a brand new spades card game app that allows you to play the classic card game of Spades against bots in offline mode. The computer players are on one of several different difficulty levels.

Spades game is a trick-taking card game. Spades offline is normally played by four people in two partnerships with partners sitting opposite each other. The graphics will feel like you are playing spades online with friends. The strength of the cards held by each player is concealed from the others; they are exposed only when played to a trick, in this case, there are rewards for winning and penalties for losing.

Spades is a 4 player card game in which the goal is to take at least the number of tricks bid, You are dealt 13 cards.

Features:
• As a welcome bonus, get 10,000 free coins. You can get even more coins by collecting your daily bonus every day!
• Option to choose different points and bet value.
• Daily Quest - Every day, there's a new challenge to complete.
• Check your progress with in-game statistics.
• Spades card game features high-level artificial intelligence.
• Complete quests, Achievements, and Daily Spin Wheel to collect rewards.
• free card games for adults.
• Ace of cards with astonishing HD graphics.
• By learning the game rules and honing your skills, you can become a master player.

Spades is the most popular and bestcard game amongst all the card games. If you're a fan of contract trick taking card games, then you'll want to check out Spades Plus Offline game. It's a fun and challenging game that's similar to "Call It Right." If you enjoy card games like Bid Whist, Euchre, Rummy, Canasta, Hearts, Rummy, or Pinoche, then you’ll love playing Spades.