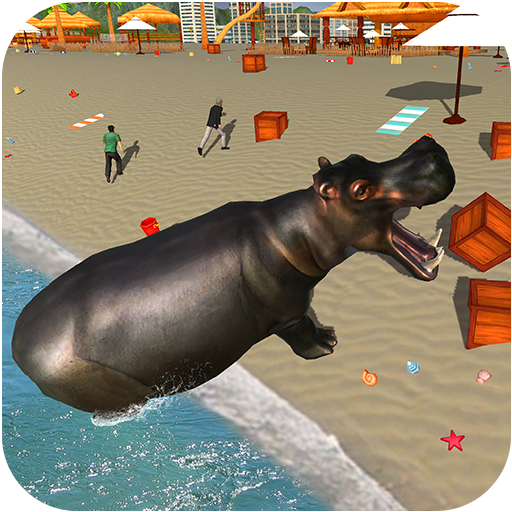 Get ready to play with water beast like a wild hippo and smash everything in the beach with the help of smashing hit attack while playing this Wild Hippo Beach Attach Jungle Simulator. If you are entering the hippo place, you will have to pay a price. Wild hippo family jungle survival contains interesting levels and entertain users with amazing animation physics.

Wild hippopotamus family beach attack is a unique game with exceptional graphics where you will have to play as an angry hippo and survive on the beach as well as the jungle. It is a hippo family coast simulator game in which you will have the charge over hippo’s controls and hit hard to smash the objects.

• Play the role of wild hippo in beach and city
• The more you play, the more he grows
• Go to the Beach and smash everything
• Beautiful dynamic runtime world
• Increase your hippo family and survive

The game is based on a hippo family beach where you will have to control the deadly hippo where he can run, walk, & attack. In this wild beach attack game, you will have different missions to accomplish and destroy the objects to get points. There will be separate a goal given to you in each mission and entertain the user with different tasks.

You will have to control the movements and directions of the smashing hippo using the joystick buttons. The animations are real and smooth hippo controls made this game interesting for all wild water monsters’ game lovers. Thrilling missions are ready to boom the game in the gaming world. This giant is looking for return. He's been hunted too long, now it’s time to do some hunting in jungle as well as beach.