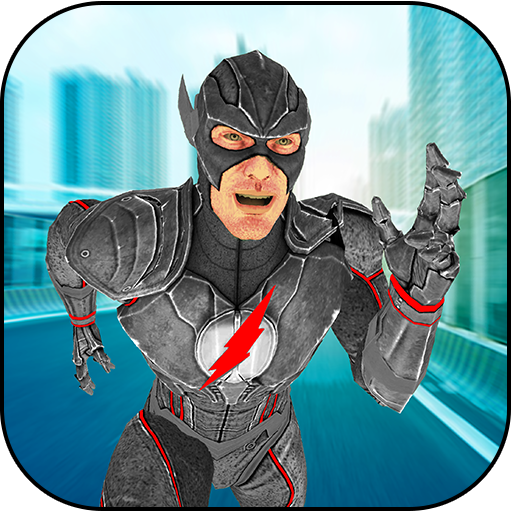 This is your city and you are the hero of the city. Be the hero your city need and fight the dark powers of the Evil super villains. In Super light speed Hero Vs Super Villains fight the deadest villains of all time like dead Villain, super villain, spider villain and a lot more will fighting you to stop you from saving the city. These villains are not an ordinary gang of thugs but all of them have dark and powerful abilities with the help of them they are trying to control the city and you are the only thing standing between them and the grand city.

Super Light Speed Hero vs super Villains is amazing game with interesting gameplay where you play as speed hero and fight with super villain in the city. All the Dark magical powers have joined the hands against you to make sure you die and your beautiful city could fall but the heroes never die. Make sure you survive and fight them back. Finish every last one of them.

You will need to fight Dead Villain who have a great command on the swords and cut down a human just like an apple. Stay away from his swords. But don’t worry you are the Light Speed Hero and you can move way faster than any of the Super Villains.

Next you will be facing the Iron Villain he is also strong and also have the ability to fire an energy beam at you which can result in burning and vaporizing the blood that can kill you or can harm you real bad. Use your lighting ball against the Iron villain.

You will be facing more than one enemy at a time like, Bat Villain, Ninja turtle Villain and gangsters so you need to fight hard. You have the ability to fire more than one lighting balls at a time. Make sure you save your city from these thugs.

Beware of the monster Villain he the strongest and can kill you in a single punch, use your god speed to defeat him. He can crush the ground and can cause a real damage make sure you are always at a safe distance.

• Play as Light speed hero and move like light in city
• Multiple Super Villain to fight with amazing Powers.
• Heroic powers along the modern combat tactics.
• Epic fighting Scenarios and thrilling game play.
• Story behind every scene along with the history of the Super villains.
• 3D environment with Surrounded sound effects.

Super Light Speed Hero vs Super Villains is thrilling game for all speed hero lovers and monster villain fans. You can fight with different dangerous super villain like ninja villain and save the city civilians from these evil powers in the grand city.